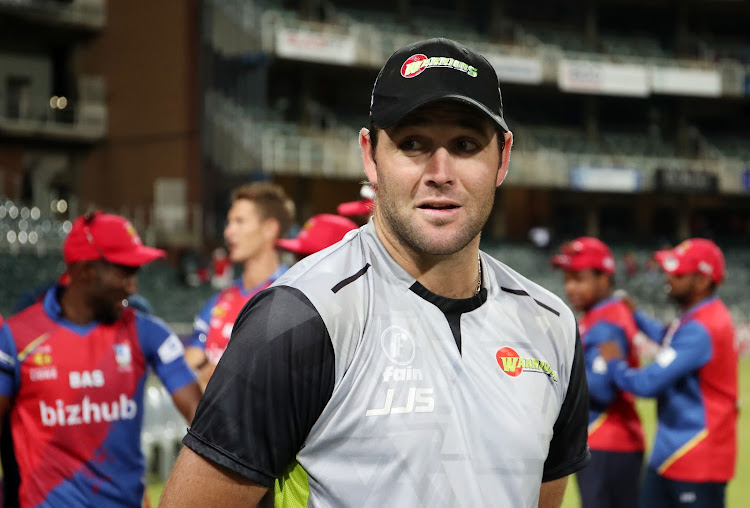 JJ Smuts of the Warriors is confident he can nail down a regular spot in the Proteas T20 setup.
Image: Muzi Ntombela/BackpagePix

Warriors opener and captain JJ Smuts was coy to discuss the reasons behind him missing South Africa's T20 tour to India.

Smuts was in the initial squad‚ but replaced by Cape Cobras all-rounder George Linde on the tour.

Smuts made 121 in the Cricket South Africa (CSA) T20 Franchise Challenge final against the Highveld Lions at the Wanderers on May 5.

That innings though was in vain as the Warriors lost the game by 11 runs as Smuts received little to no support in the tall chase of 204.

He also hinted at not being in the plans of former Proteas coach Ottis Gibson's plans.

“I can't talk too much‚ especially with the Proteas being in India right now. We know the restructuring is taking place so there's a lot that's happening.

"I can't really comment in terms of what really happened. We'll leave to CSA to discuss when everybody gets back‚” Smuts said.

“I haven't had an injury niggle but in the previous regime‚ I was done. I knew I wasn't going on the 'A' series.

"I had to be ready for the first domestic game that's taking place on October 7. That's what happened and everything was a bit of a rush and Enoch Nkwe wasn't even around.”

Smuts admitted the call-up got him by surprise as he didn't expect to play any form of cricket until next weekend when the CSA Four-Day Franchise challenge starts.

The fact that Smuts missed the drawn series in India doesn't mean the door has been close on him.

Smuts has represented the Proteas eight times in T20 internationals.

“It's always a matter of opinions I suppose. There are protocols that you have to follow. That's what we have to ask and speak to CSA about.

"Things can happen very quickly in the winter‚ if I can put it like that. I was pretty much out of the system in the old regime but things changed quickly‚ which I think caught a lot of people by surprise‚” Smuts said.

“I've been told the door is still open for me. That's how I see it and if I still put in the performances‚ I may be considered.

"I'm a believer in that if a team is playing well‚ that's the way the system works.”

The 31-year-old Smuts‚ who is a product of Graeme College in Makhanda in the Eastern Cape‚ is also diabetic.

Smuts said his diabetes wasn't a big issue around him being dropped even though he has to have a different lifestyle.

“There's many things you need to consider with diabetes and diet is just one of them. I live quite a different lifestyle from a lot of people. I have things I have to deal with on a daily basis‚ if I can put it that way.”