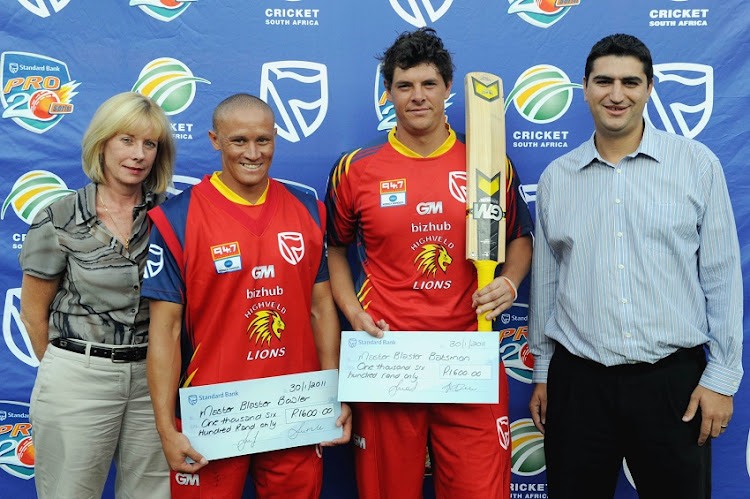 She replaces Jack Madiseng‚ who completed his term as the region’s president before its contentious annual general meeting that was held recently.

Vilas‚ who has served in various capacities in the CGL’s administration over the years and is also the mother of former Proteas Test cricketer Dane‚ is one of only two women presidents serving in South African cricket.

The other is Zola Thamae from Free State‚ who also serves on the Cricket South Africa board as a non-independent board member.

Vilas will be flanked by Lucky Lesele and Ebrahim Lambat as the first and second vice presidents while Mike Sacher is the treasurer.

While Ziyanda Ngcobo is the lead independent director for the CGL‚ Vilas will also chair the Lions board from August where she’ll be joined by Yasin Manack‚ Lunga Kupiso and Mark Patterson.

On the independent side of the board‚ Ngcobo is joined by Zwelithini Vilakazi‚ Vikash Mathura‚ Dr Noma Nyembo‚ Garth le Pere and Ruqshana Hassan.

CGL said earlier this month that there was a widely publicised call for nominations and over 130 applications for the five posts received. The organisation‚ which is divided by transformation‚ added that a shortlist of 16 was drawn up in a “rigorous interview process led by two independent professors”.

The appointments of independent directors is the second-last step for the new CGL board to take full shape. The election of the board chairperson to replace Madiseng is the final piece of puzzle that completes the 15-member board.

But the new leadership’s ascendance to power could be stopped in its tracks by the governing body Cricket South Africa (CSA).

CGL defied findings and recommendations from a CSA-commissioned commission of inquiry during the election of its seven non-independent board members‚ which blatantly went against the Judge Ngoepe report.

Retired judge Ngoepe‚ who is CSA’s head of investigation and anti-corruption committee‚ presented report to the mother body in December and ruled that the provincial union has not achieved “substantial” transformation.

The 60-page report agreed with the 2010 findings and recommendations from the late former chief justice Pius Langa’s commission of inquiry‚ which ruled that the only way to achieve transformation in the province was if three seats out of the seven reserved for non-independent directors on the CGL board be occupied by black Africans.

But that was not the case following the May 9 AGM after only two black Africans were elected alongside two whites‚ two Indians and a coloured member.