Coach points to players’ character in the come-from-behind victory 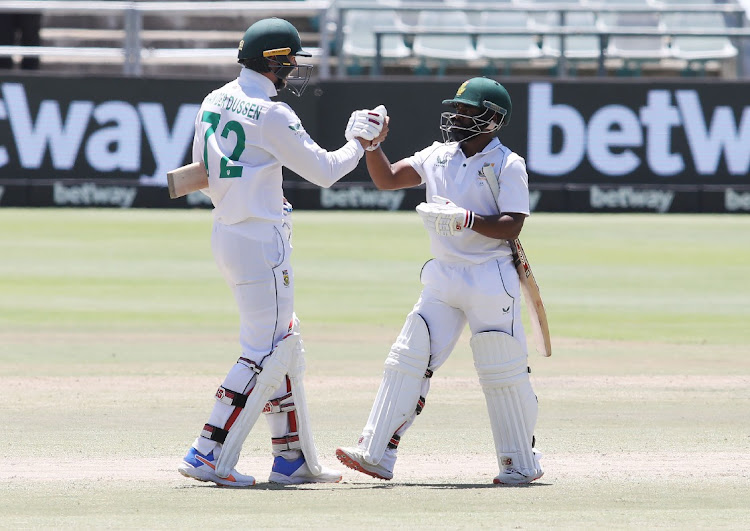 Proteas coach Mark Boucher was a little lost for words when asked to describe the performance of Keegan Petersen in SA's series win over India on Friday.

SA won the deciding Test by seven wickets at Newlands to clinch a 2-1, come-from-behind win in the series, thanks in large part to Petersen, who scored three half-centuries in his last four innings. It earned him the man of the series award.

“Keegan probably didn't start as well in the West Indies as he would have liked,” reminded Boucher.

“Then he didn't start off too well at SuperSport Park. He has always shown signs of what are seeing right now.

“He stuck to his guns and has been in a good position to have a guy like Dean [Elgar, who is captain] next to him, a guy who backs him.

“He's a tough nut. Batting at 3 in Test cricket you've got to be tough and you've got to know your game. Technically you have to be sound as well. Hopefully he just gets better and better. It is a tough position to play in SA, in our conditions.

SA beat India by seven wickets in the third and deciding Test at Newlands on Friday.
Sport
4 months ago

“The way he's come through this series, I'm lost for words. In a big series against big players. I'm very happy for him.”

Boucher said the thoroughly absorbing series ranks “up there” with other hard fought triumphs for the Proteas over formidable opposition.

“The whole series was hard fought and some good cricket was played. It has to be one of the best Test series — certainly in SA.”

It was SA's first come-from behind win in a three-Test series since they downed the West Indies here in the 2007-08 season. India, however, are the real deal and arrived here the world's top-ranked Test team.

“It doesn't surprise me. You have Dean, he is that sort of character. You have Temba [Bavuma] as vice-captain who is the same. He is a fighter. Both stood up with their own games,” said Boucher who reminded his team lost three tosses.

“A lot of people, including the media, wrote us off. You have to put this in perspective where we are and where India is. India is probably the best Test team in the world. We won't take this for granted.

“Some youngsters came through nicely. They will take a lot of confidence from this win. It was hard, hard Test cricket.”

Elgar said he remained sanguine, even after SA went one-nil down at Centurion.

“I had lot of hope going into the second and third Tests. I laid down a lot of challenges to senior players. Challenging the players and we needed characters to do this. The guys responded brilliantly. This is a proper unit we operated in.”

As the shadows lengthened across Newlands, the Test headed inexorably to a dramatic conclusion.
Sport
4 months ago