Faf gets a breather 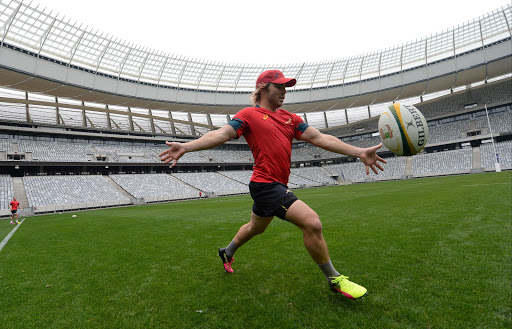 Finding form against one of the weakest teams in Super Rugby has been deprived Faf de Klerk‚ who has been rested for the Lions' match against the Rebels on Saturday.

De Klerk's omission is one of three 'rotational' switches from the Lions starting line-up that beat the Western Force in Perth last week.

The scrumhalf makes way for Ross Cronjé‚ while Dillon Smit will start from the bench.

In the second row coach Johan Ackermann has opted for the greater mobility of Lourens Erasmus over the bulk of Andries Ferreira who also drops out of the match day squad‚ as does Ruan Ackermann who is replaced by Cyle Brink at flank.

There may also have been the temptation to rest the seemingly tireless captain Warren Whiteley‚ but sidelining him and Ackermann may have proved too disruptive.

All three players who have been left out of the squad have had to carry a big workload this season. De Klerk‚ for instance‚ has played in all nine of the Lions' Super Rugby matches.

The changes are not expected to break the Lions' stride. They are on a six-match winning streak and their only blemish this season came against the Jaguares in Buenos Aires in Round Three.

While the Lions will take momentum into the game‚ the Rebels are struggling to stay afloat.

Their very existence is under threat due to the reconfigured competition envisaged for next season‚ while their form this season has been abysmal.

After drawing with the Sharks‚ despite being one man better off for the bulk of the game‚ they last week copped a 44-3 beating at the hands of the Southern Kings.

They are also beset by injury which further lengthens the odds on them causing an upset against last year's finalists.