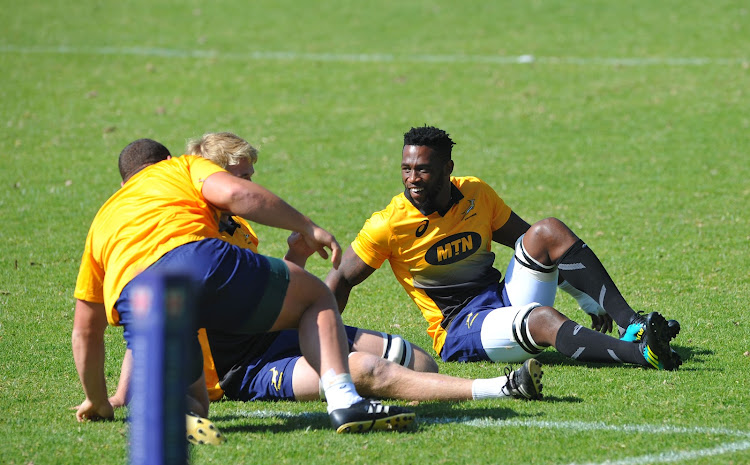 Siya Kolisi is hoping to invoke the spirit that helped bring past success at Ellis Park when the Springboks clash with England in the first Test on Saturday.

The stadium has provided the stage and backdrop to some to the Green and Gold’s most stunning successes and Kolisi‚ in his maiden match as the country’s first black captain‚ hopes the Ellis Park crowd warms to another special occasion and replicate their familiar lively lustre.

“The people really get behind you. It is really special. They sing the whole anthem‚ equally. You see the whole of South Africa‚ the different races and different colours. It is one of the most beautiful things I’ve seen. They get behind you and we always turn up.

“This one is special. We don’t play them often like we do the All Blacks and the Wallabies. This is a big occasion‚” Kolisi said about meeting England.

He is not allowing himself to read too much into the symbolism of also wearing the Springbok No.6 jersey at Ellis Park like Madiba did almost 23 years ago. Neither is he dwelling too much on the significance of his appointment as captain.

“I don’t think of that. I’m a calm guy. I have to make sure that I play well. If there is outside pressure it may be too much for me.

“I’ve been relaxed. The coach has made it simple for me. I just need to perform.

“When I first captained the Stormers I took everything on myself. Other guys from other unions will help. I’m just excited to be captain.”

Former long-serving Bok lock Bakkies Botha handed out the Bok jerseys to the players on Friday. It includes three newcomers in the starting XV in Aphiwe Dyantyi‚ S’Bu Nkosi and RG Snyman.

Kolisi was asked what he remembered from his debut against Scotland in 2013 and what advice he has for the new caps.

“I remember everything about my debut‚” said the captain with a glint in his eye.

“I was on the bench and I remember spitting water for no reason. I was really nervous. Then I was told to warm up. I didn’t need to warm up.

“As I went on Johann van Graan (then assistant-coach)‚ told me to forget about everything. I had trouble remembering things and he told me just to go and play my game.

“The ball just kept coming to me. It was a tough Test. We were behind. Jean de Villiers (then captain) said we had to score next.

“Scotland did and I was panicking. Jean just laughed. We came back and won the game. I asked him why he laughed and he said he couldn’t show how much he was panicking‚” said Kolisi.

“I’ll say to the new guys. You are put here for a reason‚ There is something special in you.”