Western Province march on with another win 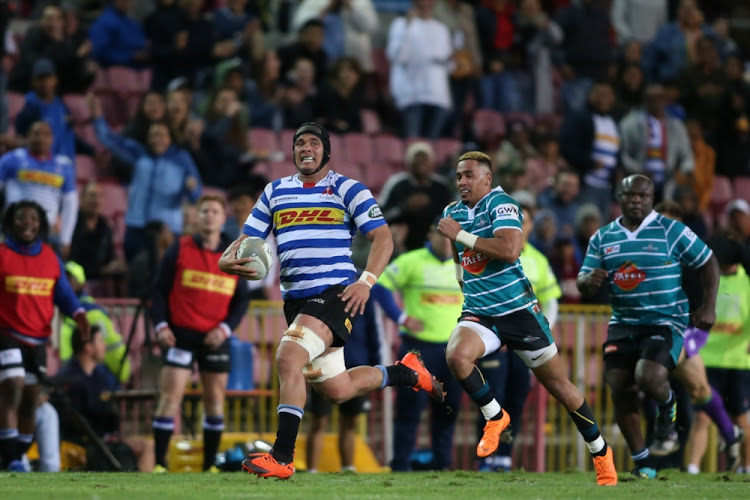 Western Province sent out another emphatic message that they are the team to beat in this year’s Currie Cup after brushing Griquas aside 38-12 (halftime 33-7) at Newlands on Saturday.

The defending champions ran in six tries‚ five of them coming in a commanding first half‚ to move to a maximum 20 points after four games. They joined the Sharks at the top of the standings but have a superior point’s difference.

Wing Sergeal Petersen scored twice‚ the second a piece of stunning individual brilliance from a chip ahead‚ up against the touchline‚ to put the game out of reach before half time.

It was the fourth game in a row that WP have earned a try-scoring bonus point as their attacking play continues to swamp opponents although ill-discipline kept the visitors interested on Saturday. WP conceded 12 penalties‚ which could be an issue at the business end of the tournament‚ where they are surely headed now.

The introduction of four Springboks from the Rugby Championship campaign went smoothly in an accurate first half by the home team.

Damian Willemse‚ at fullback‚ was a constant menace with his ability to ghost into space and create opportunities for his teammates while tighthead Wilco Louw had a powerful influence on the game.

Flank Sikhumbuzo Notshe‚ who hadn’t played any rugby for nearly a month‚ took some time to grow into the game and hooker Bongi Mbonambi was his usual abrasive self in close contact.

WP opened the scoring in the first minute through flyhalf Josh Stander‚ which set the tone for the evening although Griquas never gave in and enjoyed the better of the second half.

Flank Sias Koen might be playing his rugby in a major centre next season after a marauding outing‚ but individual heroics were not enough to overcome the collective class of the home team.

Damian Willemse will start at fullback for Western Province against Griquas at Newlands on Saturday in his first Currie Cup outing of the season.
Sport
3 years ago

Rugby prepares to move away from Newlands Stadium

OPINION: Black rugby coaches still sit at the back of the coaches box

Equality‚ or lack thereof‚ remains in the spotlight in the National Football League (NFL) in the United States.
Sport
3 years ago