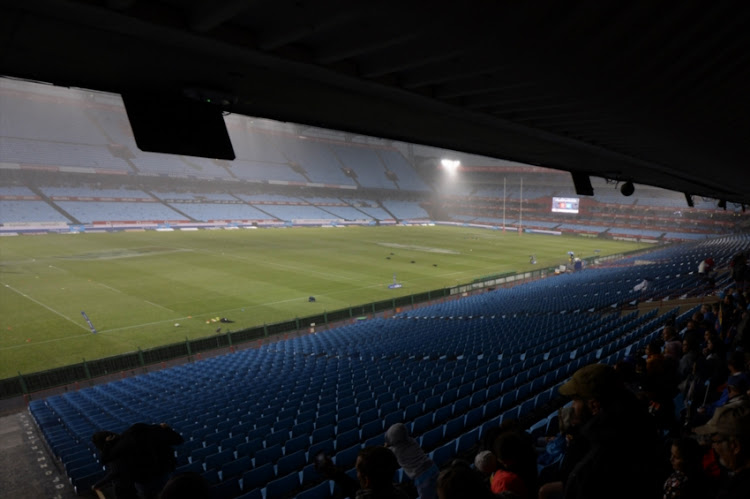 Mother nature had the final say in the last Currie Cup round-robin fixture of the season when the game between Western Province and the Blue Bulls was called off after half-time.

The visitors held a 34-7 lead that became the final score that also guaranteed them the top spot on the log.

Western Province collected their five points and will host the Blue Bulls in one semi-final in Cape Town.

The Sharks will host the Golden Lions in Durban in the other semi-final.

An apocalyptic thunderstorm that moved up the N1 not only unleashed a torrential amount of rain 35 minutes before kick-off, but the accompanying lightning was enough to force a 15-minute kick-off delay.

It was that same lightning towards the end of the first half that informed the decision that ostensibly put the safety of the players first.

However, the pregnant cumulonimbus clouds that released a torrent of rain in Johannesburg earlier in the afternoon moved up the highway with its precipitation. They didn't hold a silver lining.

The dark clouds also put on a show that would have made Lord Voldemort proud and some fans were brave enough to endure the rain and some of the hail that fell before the game.

The rain hardly relented but the game was playing on the saturated surface. Western Province though had every reason to play because the Sharks' positive result in Kimberly. However, all they needed was a point to finish first and get the home final route.

That point was secured on the stroke of half-time when Jaco Coetzee's try was the fourth one that brought the bonus point.

The three other tries came from a penalty try (16 minute), Kobus van Dyk (30 minute) and Sergeal Petersen (33 minute) as John Dobson's side preyed on the Bulls' naivety in the inclement conditions.

Western Province dominated the collisions and ensured they played all the business rugby in the Bulls' 22.

The tries came from Bulls mistakes as the Bulls' rickety scrum was exposed in the penalty try and Van Dyk's touchdown.

Petersen's and Coetzee's tries were a result of superb defensive pressure from a Province side that should defend their title with ease if complacency doesn't creep in.

They're a complete product at the moment and one that's a domestic force similar to the elements that curtailed proceedings.