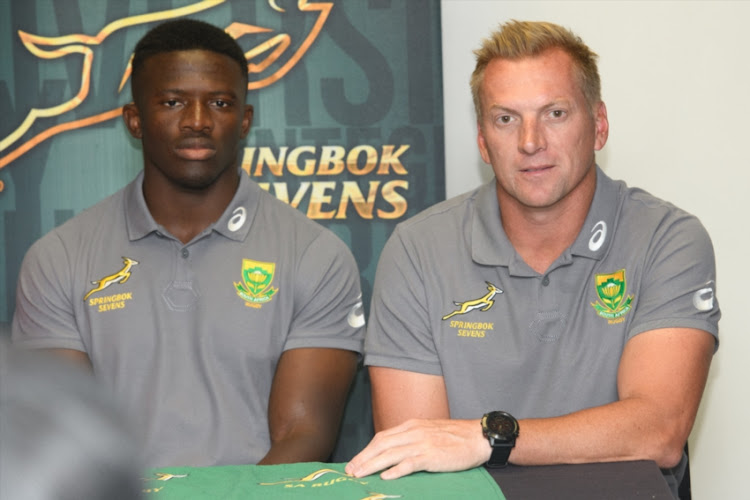 The SA Sevens Academy gained valuable tournament experience in South America over the past week‚ which will benefit the Blitzboks in the coming months.

The Academy finished in fifth place at the Vina del Mar Sevens in Chile on Sunday after winning five out of six matches at the tournament‚ the second of two in the SudAmerica Rugby Sevens series.

The follows a sixth place in Punta del Este‚ Uruguay last weekend and according to SA Rugby Sevens Academy manager Marius Schoeman‚ the five victories were a better indication of the growth and development of the squad and players.

“We improved a lot from last weekend‚” said Schoeman. “In Uruguay‚ we only played well in patches‚ but here in Chile we played five good matches and just missed out in another‚ so I am pleased with that.

“We said before the time we don't only measure the squad on their results‚ but also the development and game time for the players and that proved to be the case again here.” The SA side beat overall series winners Chile‚ as well as Uruguay and Brazil in pool play on Saturday.

"They came up short in the quarter-finals of the tournament on Sunday though‚ losing 14-12 to Uruguay after leading 12-0 at the break‚ a result which knocked the South Africans out of the Cup competition.

They responded well in the fifth place semi-final‚ beating Colombia 15-10‚ and then outplayed Russia 22-5 to clinch fifth spot in the tournament.

“There were some very good performances by individual players and that was something important for us‚ as we have to find the next player who can make the step-up into the Blitzboks when needed‚” said Schoeman.

“As a team‚ we learned some valuable lessons. It is not an easy tournament‚ but as we showed this time around‚ it was so much better than last weekend.

“We are starting with new players in the Academy side and we need to find the find players to bolster the Blitzboks ranks.

“That is part of our function and we will have a look at more players in future tournaments to make sure we keep on delivering players that can serve the Springbok Sevens team.”