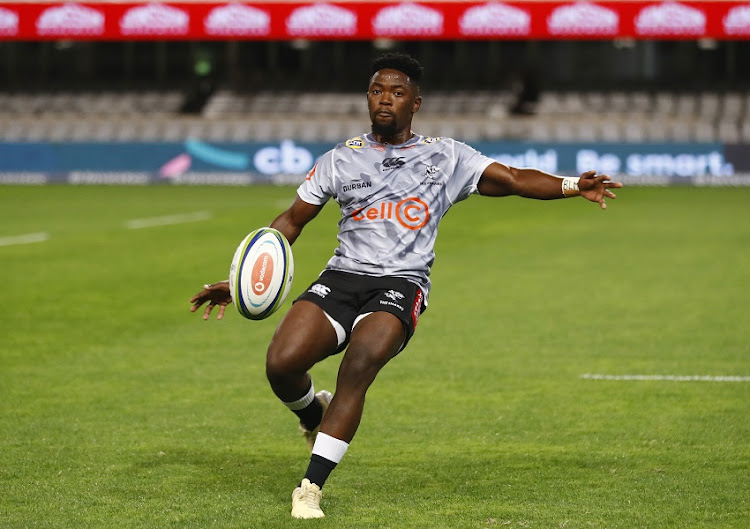 Exciting Sharks scrumhalf Sanele Nohamba is salivating at the prospect of going up against Bulls counterparts Embrose Papier and Ivan van Zyl when the two sides meet at Loftus Versfeld on Saturday.

Papier and Van Zyl are capped Springboks who’ve got a fearsome pack in front of them that their director of rugby Jake White has put together.

The Bulls pack terrorised the Sharks at SuperFan Saturday at the end of September‚ but Nohamba said an equal dose of physicality could and should be able to even out the contest.

“Both of them are good scrumhalves and they both have very good kicking games‚ but rugby is a team effort and not just about one-on-one battles. We just need to be able to handle everything they bring to the table‚” Nohamba said.

“They’re going pretty well. They are also a physical side‚ something we expect this weekend. So we have to match their physicality. We’ll stand a good chance of winning if we do.”

Nohamba admitted that things didn’t go well in that particular game‚ but they’ll be switched on with a different mentality for the Bulls outing. There are also facets of their game that let them down on Super Fan Saturday that they’ve fixed.

Week two of Super Rugby Unlocked has come and gone‚ giving SA a better glimpse of where the domestic game stands at the moment while continuing to ...
Sport
7 months ago

"It's things we’ve fixed during the week‚ so we’re ready to go. Our kicking also wasn’t sharp in that game‚ so when we fix that‚ we also remove the counter-attacking threat‚” Nohamba said.

The fact that there are no Rugby Championship engagements for the Springboks is disappointing for fans‚ but it is good news for Nohamba.

The feisty halfback is looking forward to competing against the players that would have been on international duty.

“It’s great that all the internationals are going to be playing in the domestic tournament‚ so that means we can measure ourselves against them. It’s a great opportunity for guys like us to carry on playing with that calibre of players