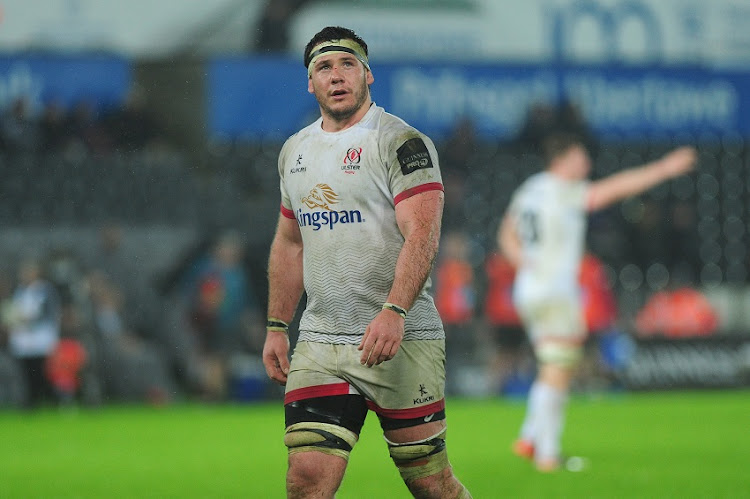 Marcell Coetzee of Ulster during the Guinness Pro14 Round 11 match between the Ospreys and Ulster Rugby at the Liberty Stadium on February 15, 2020 in Llanelli, Wales.
Image: Athena Pictures/Getty Images

Coetzee‚ who will arrive at Loftus in July 2021‚ has penned a three-year deal and returns to South Africa after five seasons with Guinness PRO16 club Ulster where he quickly established himself as a fan favourite and mainstay in the starting line-up.

The former Port Natal High School scholar also represented the Sharks in Super Rugby and the Currie Cup before a short stint with Honda Heat in the Japanese Top League before moving to PRO16.

“Marcell is a phenomenal player and any team in the world would be ecstatic to have a player of his calibre joining its structures‚” said Blue Bulls director of rugby Jake White.

“He has grown from strength to strength over the years‚ and is currently playing some of the best rugby of his life. He’s excited about being back in South Africa‚ and making Loftus his home.”