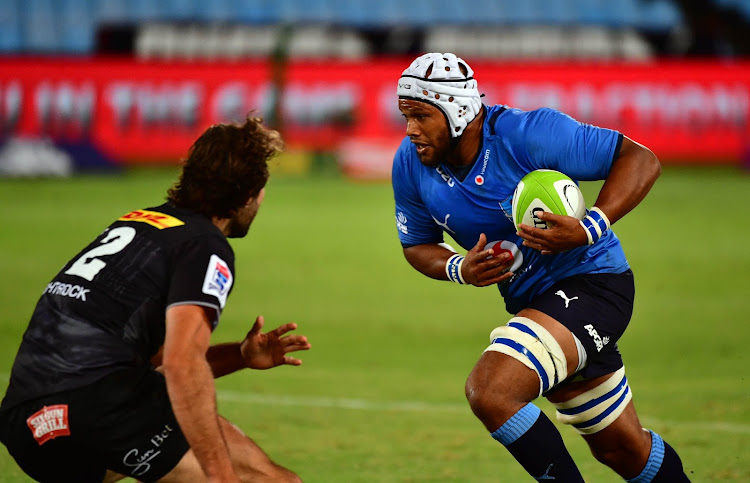 Bulls captain Nizaam Carr in action during the Preparation Series match against the Stormers at Loftus on Friday.
Image: Pic: Bulls

Bulls narrowly defeated the Stormers 34-29 during their exciting Preparation Series clash at Loftus on Friday evening to register their third consecutive win of the competition.

The match ended with drama as Stormers eightman Juarno Augustus crossed the line for what could have been the match-winning try but he lost control of the ball as they missed an opportunity to win the match at the death.

The first try of the match was scored by the Bulls through Richard Kriel who took advantage of some sloppy defending by the Stormers and it was successfully converted by Chris Smith.

The visitors bounced back in some style as they scored two tries through Leolin Zas with flyhalf Kade Wolhuter nailing the two conversions and also converting two penalties.

Bulls scored a late try on the stroke of half time through Jaco van Zyl with Smith finding the middle of the poles with his conversion but the Stormers went to the break leading by six points.

The Bulls scored two more tries after the break through Marco Janse van Vuuren and Ruan Nortje and they also benefited from a penalty try after Ruhan Nel was penalised for a cynical obstruction on Conrad Hendricks.

Other contributor to the scoreboard for the Bulls in the second half was veteran flyhalf Morné Steyn who scored one penalty.

For the visitors in the second half, Wolhuter put away one penalty and his replacement Tim Swiel scored the other two but their efforts were not enough as they were beaten in the capital.

In the other match played on Friday, the Pumas stunned the Cheetahs 22-15 in Mbombela.