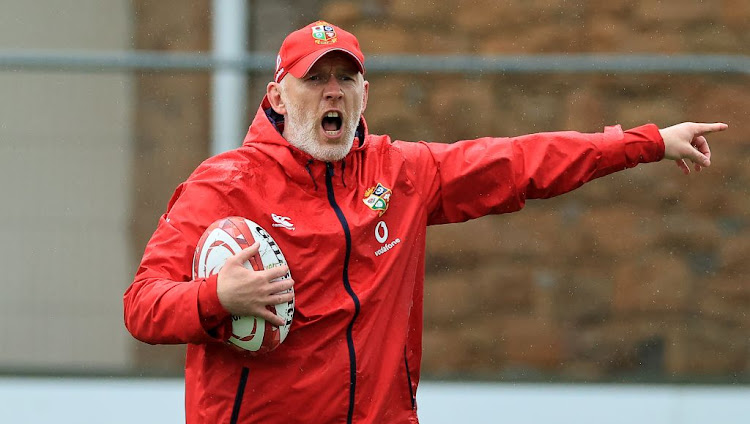 British & Irish Lions assistant coach Steve Tandy believes if SA’s director of rugby Rassie Erasmus has any complaints about rough play from the tourists he should direct them through the appropriate channels and not social media.

Erasmus has retweeted a video from Saturday’s first Test, which he says shows Springbok winger Cheslin Kolbe being taken out in the air, landing on his back and being forcefully lifted to his feet by Lions prop Mako Vunipola before medical personnel could attend to him. He called Vunipola’s actions “reckless and dangerous”.

“Cheslin is obviously played in the air and clearly not direct into touch. More importantly for youngsters watching this clip, please never move or touch an injured player on the ground, its reckless and dangerous! Leave this to the (medics),” Erasmus said in his tweet.

Erasmus, who coached the Boks to the Rugby World Cup title in 2019, last week also tweeted videos showing what he claimed was foul play from the Lions.

“It is his viewpoint, we thought the officials did a good job at the weekend, and if there is anything we need to bring up we will go through the appropriate channels,” Tandy told reporters on Monday.

“We just have to worry about what we do and do our talking on the field. Rassie’s comments are his own, we are just focusing on what we need to tidy up to make sure we are nice and clean about how we go about things.”

Tandy says there is a danger that if every piece of potential foul play is analysed by the television match official, games would go on too long.

“We don’t want the games going on forever, it is the major calls you want to get right and spend the appropriate time on them. But the little bits ... for the officials there are so many things going on in a game,” he said. “As a team it is about micro-analysing the match (afterwards), we do that ourselves. But it is then about raising the ones (foul play) that are relevant through the appropriate channels.”

The Lions won the bruising first Test 22-17 in Cape Town and will meet the Boks at the same venue in the second game of the three-match series on Saturday.