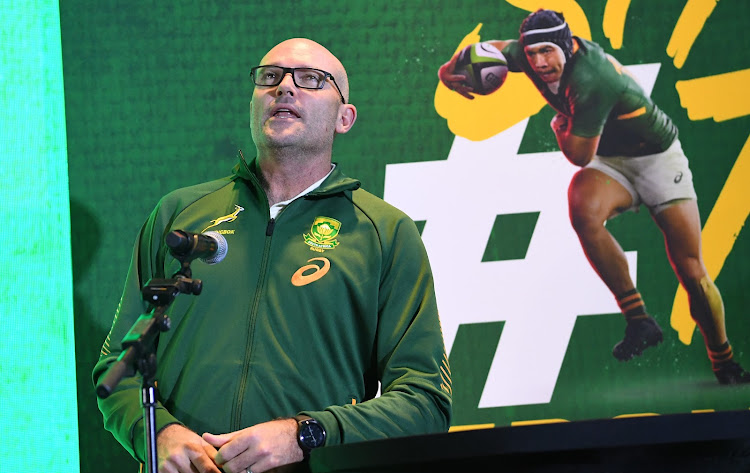 In what seems like a ploy to eliminate complacency, Springboks coach Jacques Nienaber has continued to warn about the danger posed by Wales during their three-match series that starts at Loftus next weekend.

The Boks start their season with three Tests against the Welsh, who had a disappointing Six Nations in Pretoria, Bloemfontein and Cape Town during the anticipated Incoming Series.

Wales coach Wayne Pivac has admitted they may struggle at altitude in Pretoria and Bloemfontein, but Nienaber argued they have an experienced squad and had enough time to prepare because their teams failed to qualify for the United Rugby Championship (URC) knockout stages.

“They are coming here with a squad that is experienced, has been there before and had a month to prepare. Their local teams did not reach the knockout stages of the URC,” said adding their biggest challenge is going to be finding solutions.

“We haven’t spoken about Wales a lot as a Springbok team but I think our biggest challenge will be to find solutions. Having had a month to prepare, I am not sure if they (Wales) are going to restart the way they restarted for the Six Nations.

“When we started in 2018, we were desperate and desperate people do desperate things. What we did was to change the defence system and the way we kicked in a week.”

Coming here on the back of a poor Six Nations and their teams also having under-performed during the URC, Nienaber pointed out that they will be desperate

“I think they are desperate and desperate people are always be dangerous. We will prepare what we think is coming our way but it might be completely different.

SA Rugby president Mark Alexandra has welcomed the move by government to the scrap the last Covid-19 protocols, including mask-wearing, limits on ...
Sport
1 week ago

“As the game goes on, after 10 minutes we will probably say they have changed this or that but we will have to be absolutely solution-riven on the field to be able to adapt to changes.

“That is going to be a nice challenge for us, but they are experienced and have a team that will be able to adapt, and it is always a tough battle against them.

“When I had dinner with their coach Wayne Pivac in Cape Town, he didn’t mince his words. He said we have never won a series in SA and that’s our mission. They will be desperate and not in a bad sense, but they will be focused because there has been lot of negative publicity on the team.”