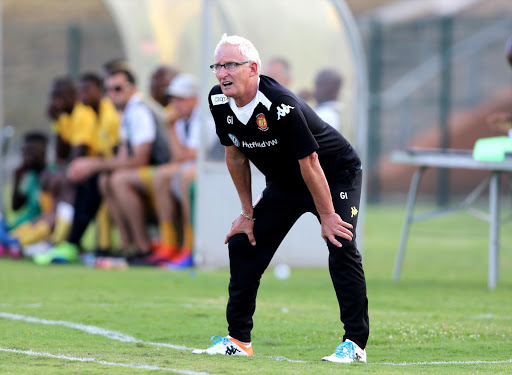 Gordon Igesund has been shown the door as Highlands Park head coach and Les Grobler has taken over the reins - club director Sinky Mnisi confirmed on Sunday.

“Look, from the team’s point of view, I am confirming that  we have parted ways with Gordon,” said Mnisi.

“The board of directors took a decision on Saturday (a day after a home defeat against Bidvest Wits) after realising that desired results are not coming.

"It seems that players are not responding to his methods - hence we are not getting positive results.”

Highlands lost 2-0 to Wits at Makhulong Stadium in Tembisa on Friday evening.

The defeat, their 10th in 26 league matches, saw them return to the bottom of the Absa Premiership table.

They have collected 22 points, mostly in their four draws.

The club, which is known as Siyabahla-Siyabangena, has the same number of points with 15th placed Baroka FC but Highlands have conceded more goals, 41, than Baroka 37.

Attempts to get a comment from Igesund came to nothing as he requested to be called late in the afternoon.

But Mnisi was forthcoming with the information and he confirmed that Thierry Mulonzo - who has been Gordon’s assistant will continue with his job alongside Grobler.

“Gordon has done a lot for us and we will always have a soft spot for him. There are players he brought to the club and surely we would not have gotten them if it was not for him,” said Mnisi..

“It was just unfortunate that players either did not understand his methods which would have made us get desired results.”

Mnisi made it clear that Grobler - who was a prolific goal scorer for the teams he played for including Moroka Swallows during his prime as a professional footballer - will be thrown in the deep end.

Highlands have only four games remaining before the seasons ends.

They need wins against Platinum Stars, Chippa United, Baroka and Mamelodi Sundowns to escape the guillotine.