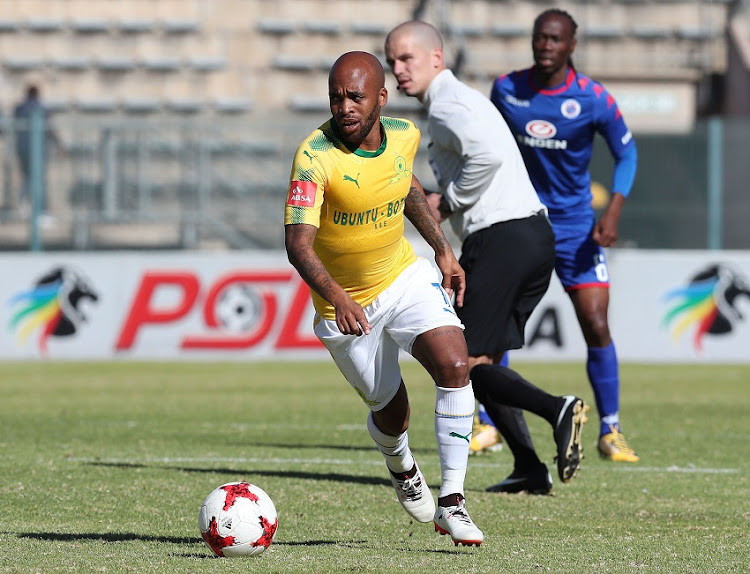 Midfielder Oupa “Ace” Manyisa says his decision to join Mamelodi Sundowns was motivated by a desire to take his game to another level at an ‘ambitious’ club that wants to win everything.

Manyisa spent almost a decade at former club Orlando Pirates and he helped the Bucs reach the finals of the Caf Champions League and Confederation Cup.

And while they lost both continental finals‚ Manyisa spearheaded Pirates to the Absa premiership title and to numerous domestic cups during his stay with the Bucs.

“As a player you have to grow‚” he said‚ adding that he was not fazed by the challenge of fighting for his place in the star-studded Sundowns team.

“I took the path of growing by coming here.

"I will grow as a player because I know that I have to start afresh and fight for my place in the team.

"If I didn’t want to grow as a player I would have said that I don’t want to go anywhere and stayed where I was and everything was simple for me.

"I decided to go because there are some players who want to play football who were coming after me.

"I also felt that I wouldn’t be doing justice to the younger boys there if I stayed and blocked their progress.

"I had to leave so that they can start growing and make names for themselves.

"I also want to take my football to the next level‚ which is why I joined an ambitious team like Sundowns that wants to win everything.”

Manyisa‚ who is going to be vital for coach Pitso Mosimane during the knockout stages of the Champions League campaign‚ said he is slowly finding his feet at Sundowns after making two league and one cup appearances.

'Sundowns putting me under pressure to sign,' says want-away Khama

Khama Billiat has upped the ante in his battle to improve his pay package at Mamelodi Sundowns.
Sport
4 years ago

“It’s a nice atmosphere working with him (Mosimane) because he lives football‚” Manyisa said.

“Everything about him is football.

"It shows in how he works and the results that the club has achieved.

"When you join his team‚ you come here to live football.

"You don’t just come here‚ train and go to the game.

"It’s easier for me to even handle the assignments he gives us of analysing our games and our opponents.

"That’s what I have been doing all these years.

"Sitting at home‚ watching football and analysing my opponents.” - TimesLIVE