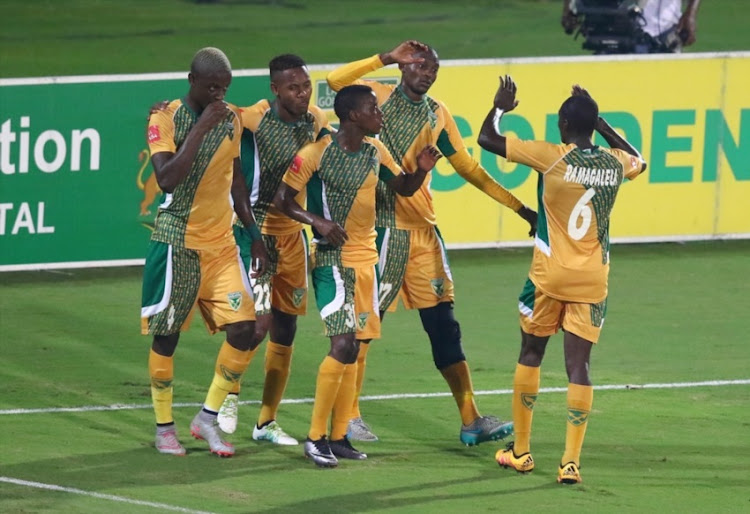 The rivalry between AmaZulu and Lamontville Golden Arrows has been escalated by a tale of home ground advantage that has been bizarrely reversed in what is one of the strangest events seen in South African football in recent times.

Arrows host AmaZulu in a league match at Princess Magogo Stadium on Sunday afternoon‚ at a venue the two sides used to share before Usuthu left.

AmaZulu play their home matches at King Zwelithini Stadium in Umlazi these days‚ at a venue that not long ago was known as Arrows’ home.

Word from KwaZulu-Natal is that AmaZulu quit Princess Magogo Stadium because of suspicions of muthi as while they were struggling to win matches‚ Arrows‚ on the hand‚ were winning.

AmaZulu spokesman Brilliant Mkhathini insisted that muthi was not behind their decision to leave Magogo and said they just felt over-crowded in their “own kraal”‚ with Arrows also using the venue.

“No‚ no‚ no umuthi is something that the fans of both these clubs are talking about but we actually had our reasons (moving)‚” Mkhathini said‚ adding that AmaZulu still consider Magogo as their own ground even though on paper they’ve registered King Zwelithini Stadium as their home this season.

“When we (visit) Arrows (on Sunday) we will not really feel away as most of our supporters‚ still based in KwaMashu and elsewhere‚ will come in their numbers.

“Moving to Umlazi was part of our strategy to grow support.

"We are very satisfied with the crowds we are drawing in our home matches at Umlazi.

"There was nothing really sinister about our move.”

Like Mkhathini‚ Arrows CEO Gordon Masondo was at pains to distance the club from entertaining the muthi claims‚ saying Abafana Bes’thende have every right to book any stadium in KZN as their home venue.

“AmaZulu might have had their own reasons for leaving Magogo but I really doubt that it had anything to do with muthi‚” Masondo said.

“If that was their reason I believe it will also be their business to answer.”

So far the new home venue has provided some positive results for AmaZulu‚ who have collected four points from possible six at King Zwelithini after buying their way into the PSL by acquiring the franchise of promoted Thanda Royal Zulu in the off-season.