Mdlalose on target in battle of the SA youngsters in England 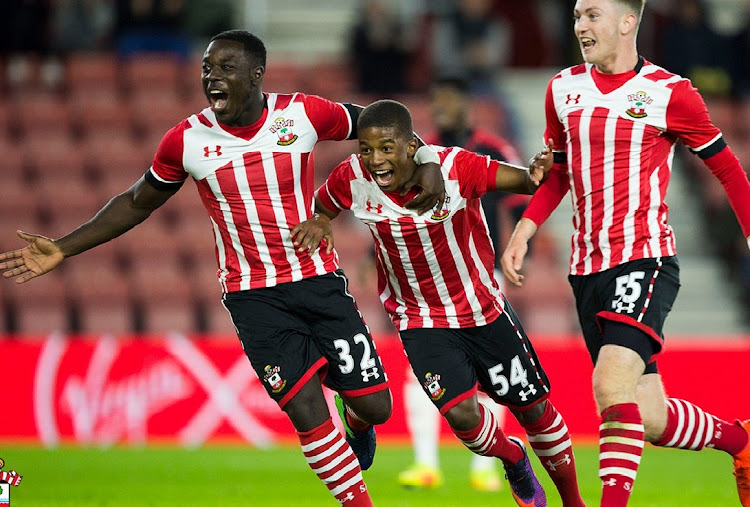 Two of South Africa’s most promising youngsters came head-to-head on Monday night in England with Siph Mdlalose emerging victorious and with a goal to boot.

Winger Mdlalose played for the reserve side of English Premier League side Southampton in their 5-1 victory over Newcastle United.

The strike was his first at this level as he crashed the ball in via the crossbar net the team’s final goal.

On the pitch from the start for The Magpies was Tyrique Bartlett‚ the son of former Bafana Bafana striker Shaun‚ now head coach with University of Pretoria.

Mdlalose signed a professional contract with Southampton at the start of this season‚ hoping to follow in the footsteps of the likes of Gareth Bale‚ Theo Walcott and South African-born Andrew Surman as a Premier League player developed through the club’s famed academy.

Despite still being only 18‚ he is featuring for the team’s Under-23 side this season and is said to be close to a first team place before the end of the campaign.

Mdlalose was called up by South Africa to play in the Durban Under-19 International Football Tournament last year‚ but the event was cancelled at the last minute and he did not get to play.

Bartlett‚ who is also 18 and has represented South Africa at Under-20 level‚ looks to be making progress at the club having also featured against Wolverhampton Wanderers earlier this month.

He has now started the last two matches for the side and will hope to get more game-time under his belt before the end of the campaign.