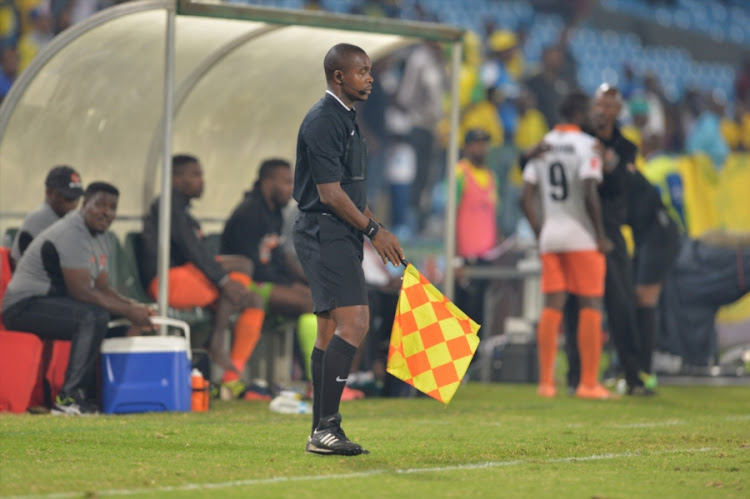 Zakhele Siwela will depart for Dubai this weekend to undergo his penultimate series of tests as he moves closer to being chosen to run the line at the World Cup.

The Soweto linesman will be away in the United Arab Emirates from March 17-24 for an intensive workout‚ full medical examinations and practical and theoretical course.

This is being conducted for assistant referee only.

Should he come through he will be one stage away from being named on the panel for the month-long finals in Russia in June.

The 35-year-old Siwela forms part of a partnership with central referee Janny Sikazwe of Zambia and first assistant Jerson dos Santos from Angola.

Siwela came close to being on the panel for the 2014 finals in Brazil but deemed to be too young when the final selection was made.

If he does reach Russia‚ he will be the sixth South African to officiate at a World Cup finals tournament.

Jerome Damon and Enock Molefe were on the panel for the 2010 finals while Achmat Sallie ran the line in the 1998 final in Paris when France beat Brazil.

The other two South Africans to officiate at a World Cup were Ian McLeod and Ari Soldatos‚ also in France in 1998.

Maritzburg United coach Fadlu Davids has praised his charges after they recovered from being a man down to beat National First Division neighbours ...
Sport
3 years ago

A 10 men Maritzburg United made it to the last 8 of the Nedbank Cup in drama-filled match in Durban on Sunday afternoon.
Sport
3 years ago