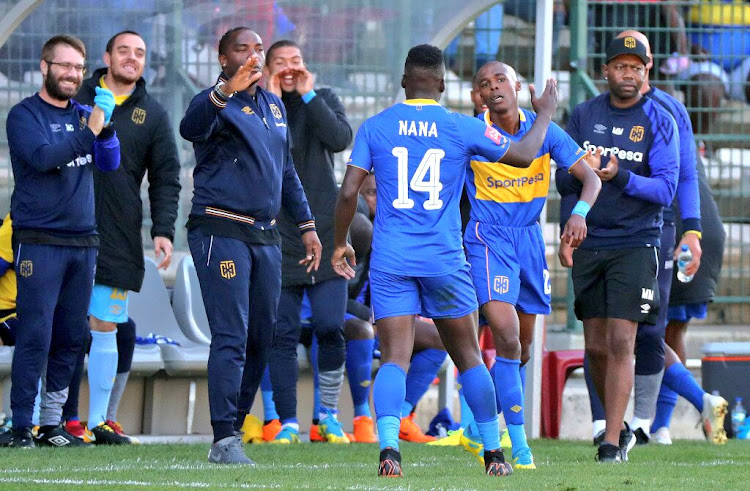 Cape Town City have returned to their spiritual home at Hartleyvale Stadium‚ now using the venue as a training facility but planning to build a 10‚00-seater stadium in the near future.

The club have been negotiating to use of the municipal owned facility with the Cape Town City Council for more than a year and have been handed a five year lease.

Owner John Comitis and his ambitious club are looking for a 20-year deal in order to build their own stadium.

Hartleyvale used to be the Mecca of Cape Town football‚ in the 1970s and 80s when the previous City franchise still existed‚ but over recent decades the venue fell into disrepair and the grandstand structure has been partially removed and the rest condemned.

Only the last part of the main grandstand remains but will soon be bulldozed away‚ with the rest of the venue surrounded by grass banks.

The pitch has been significantly improved‚ as City coach Benni McCarthy enthused: “You get that love back for football again because the pitch is unbelievable‚” he told TimesLIVE.

“When I was growing up this used to be holy ground.

"I used to come and watch Old Hellenic play here when I was kid‚ when they played Chiefs and Pirates.

“Now to be able to be here on a regular basis is amazing and it is rewarding for the players that the club can provide them with such facilities where we can prepare properly for each game.

"We really don’t have any excuses because the training pitch is as good as the surface at the Cape Town Stadium.”

Plans for the new soccer-specific stadium include a retail area with several stores.

If that happens‚ City’s training facilities will be moved across the road where there is an existing cricket club‚ also owned by the council.

Amateur club FC Kapstadt were previously using the Hartleyvale pitch for their matches and have accused City of bullying them out of the venue.

But the Premier Soccer League club say FC Kapstadt have their own lease on another ground in the precinct and are threatening legal action for alleged slander.