‘For me‚ the boos are a motivation‚’ says Sundowns star Vilakazi 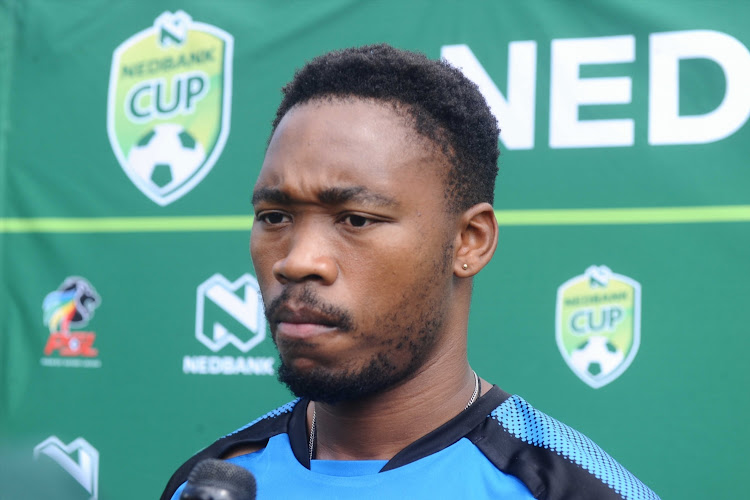 Vilakazi has found himself the target of the fans’ discontent with what was perceived at a few too-casual attempts at goal being missed recently.
Image: Lefty Shivambu/Gallo Images

Sibusiso Vilakazi has said that he finds the boos from supporters‚ and fans getting on his back‚ motivates him to improve‚ the Mamelodi Sundowns forward has said ahead of his team’s Nedbank Cup semfinal against Maritzburg United on Sunday.

Vilakazi has found himself the target of the fans’ discontent with what was perceived at a few too-casual attempts at goal being missed recently.

These culminated in a second-half miss in the 1-0 Absa Premiership win against Lamontville Golden Arrows on Wednesday where Vilakazi tried to round goalkeeper Maximillian Mbaeva but was dispossessed.

The forward‚ though‚ said fans getting on his case acts as a reminder to up his game.

“For me‚ I take it as a positive sometimes. Because I like a challenge‚” the forward said this week.

“So it means that if you give me the boos it means that I have to do much better. At the same time you can’t make everybody happy.

“When you’re in that field of play you just switch off‚ you are in a different zone‚ and you try to focus on what you can improve on at the time.

“But for me‚ the boos are a motivation. I find it very interesting.”

Sundowns meet Maritzburg in two games at Harry Gwala Stadium – Sunday’s semifinal and then a league encounter on Wednesday where the Brazilians could wrap up the league title of Orlando Pirates lose or draw against Bidvest Wits at Orlando Stadium.

Maritzburg are enjoying their best season‚ and are in third place in the PSL under the league’s youngest coach‚ 36-year-old Fadlu Davids.

“What has worked for them‚ I think‚ is their formation‚ and at the same time how they are able to adapt in that formation and make it their own‚” Vilakazi said.

“You can see‚ I don’t know‚ maybe a perfection in that which has brought them this far. Or maybe they are still getting better.

“Because consistently they have won games with the 3-5-2‚ with two outsight strikers‚ or a right striker and one inside.

“It’s worked for them and the coach has been able to instill a certain things in terms of belief and in terms of very good young players coming up in that team.”