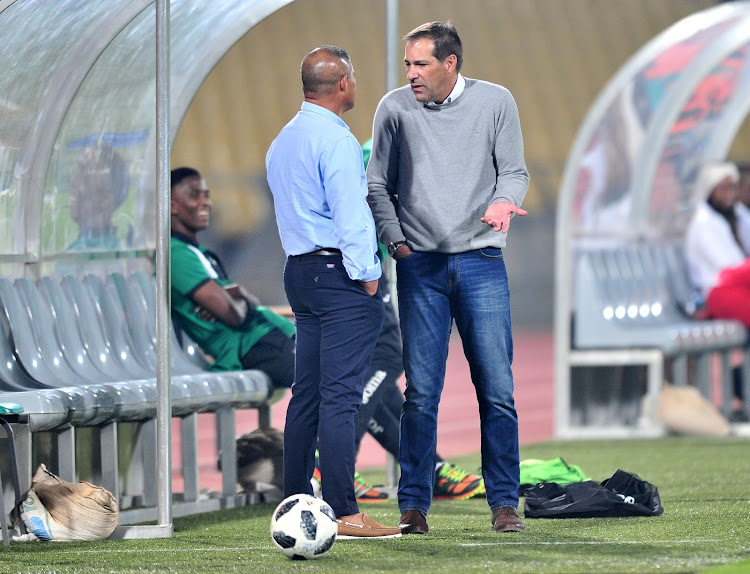 “This is a disgrace to our football.”

This is how AmaZulu FC coach Cavin Johnson reacted after his team was knocked out of the top eight by SuperSport United following Ajax Cape Town's relegation on Tuesday for fielding Tendai Ndoro.

Ajax were docked nine points from three league matches in which Ndoro was fielded and were sucked into the relegation quicksand as a result.

The decision had serious implications for other teams and AmaZulu's top eight place was snatched from them on a dramatic day in South African football.

Johnson said the decision was a disgrace to SA football.

“As a club we have not as yet decided on what decision to take‚" Johnson said.

“I’m not sure if the club will find a way to challenge this.

“It’s a pity because we did our job on the field of play but now an off-the-field decision has dealt a blow to all of that.

“You can imagine what this will to do our players morale‚ the fans and the club which will lose money as a result of not now qualifying for next year’s MTN 8 competition.”

Premier Soccer League officials are yet to react to arbitrator William Mokhari’s decision‚ which also means that Ajax are relegated and Platinum Stars will now contest the relegation/promotion playoffs against Black Leopards and Jomo Cosmos.

Ajax were already in Thohoyandou on Tuesday preparing to meet Leopards in the first play off match on Wednesday but now Platinum are the team who are supposed to play that match.

According to our sources Platinum players never left their base after the weekend matches as the club anticipated Mokhari’s decision.

Ajax have 72 hours to appeal Mokhari’s decision at the Court of Arbitation for Sports in Zurich‚ Switzerland.