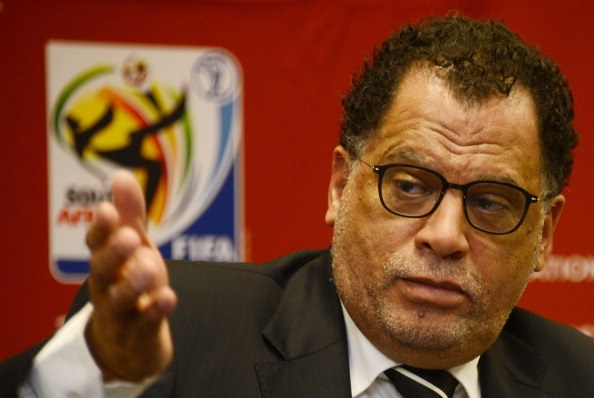 Jordaan has been endorsed as the candidate of Cosafa – the regional body of southern African football associations – for the post vacated by former Ghana Football Association Kwesi Nyantakyi.

Nyantakyi has been banned from football after being caught in a bribery sting.

The spot on the council is reserved for an African official from an Anglophone country and Jordaan is up against Elvis Chetty (Seychelles)‚ Moses Hassim Magogo (Uganda)‚ Walter Nyamilandu (Malawi) and Leodgar Tenga‚ who is a former Tanzania Football Association president and CAF executive committee member and played for his country in their only African Nations Cup finals appearance in 1980.

Jordaan has been traveling through west Africa in the last week seeking support and was in London on Monday night for the FIFA awards – where he would have met more officials from other African countries in a search for support.

Even though the post is only for an Anglophone‚ the entire membership of the Confederation of African Football vote in the ballot on Sunday when CAF hold a special congress in Sharm El Sheikh in Egypt.

It has been called specially for the vote to fill the FIFA seat.

Jordaan arrives in Egypt on Tuesday for CAF meetings which precede the vote.

He is a member of the executive committee of African football’s governing body.

It is the third time Jordaan is seeking a place on the FIFA council‚ which has 37 members and is the all-powerful cabinet that runs the affairs of world football’s governing body.

He was handed a embarrassing setback in first bid in 2011‚ when the SAFA boss stood for both the CAF and FIFA executive committee elections but withdrew from the CAF election against Kalusha Bwalya of Zambia in a tactical move he thought would help his bid for the FIFA post.

But it backfired as Jordaan received 10 votes from the 53 national members who make up CAF and was handsomely beaten.

Two years ago he also announced his intention to stand but withdrew from the race ahead of FIFA integrity checks.