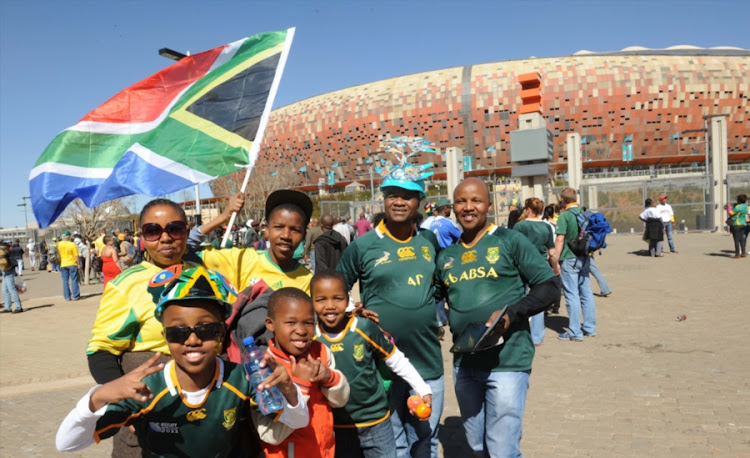 Tickets to Saturday's African Nations Cup showdown between Bafana Bafana and Nigeria at FNB Stadium have been moving at a snail's pace and only 7,300 had been sold by Tuesday afternoon.

Bafana desperately need bums on the seats in this crunch match against the old enemy and face the possibility of being dominated in the stands by their Nigerian counterparts in their own stadium if the ticket sales do not pick up in the coming days.

The Nigerians have a high presence in Johannesburg and surrounding areas and Bafana will need South Africans to show the same urgency they usually display ahead of matches between Kaizer Chiefs and Orlando Pirates.

“Of course we are worried by the low numbers‚" he said.

"We are playing against one of the best teams on the continent and our biggest rivals.

"There is no greater game to go out there with friends and family and enjoy‚ but at the moment the numbers are not looking good.

“We are selling about 2,000 a day which is not bad and our projections are that we will reach about 20,000 by Friday.

"We have capped the tickets at 41,000 and we hope that there is a sudden surge later in the week because we want South Africans to be there and cheer the boys.

"This is an important game for the country.”

Bafana's low ticket sales are in contrast to the Soweto derby Telkom Knockout semi-final between Chiefs and Pirates that was sold in about two hours last week.

Bafana coach Baxter said he was hoping for a good crowd to intimidate the Nigerians after defying the odds to beat the resurgent visitors 2-0 away from home in the corresponding fixture in Uyo last June.

“When we went to Nigeria it was packed for that match‚" Baxter said.

"As you know they are very partisan and hostile.

"We would like to think that they will get the same treatment when they come to South Africa.

"I don’t think it matters if the public at large think that we played well in our last game or we were great when we played Nigeria away or Paraguay (Bafana's Nelson Mandela Challenge opponents at the Moses Mabhida Stadium on Tuesday next week) is an interesting team coming up.

"This Nigeria game is big‚ the reputation is big and I hope that there will be South Africans who will be there and want Bafana Bafana to win.”