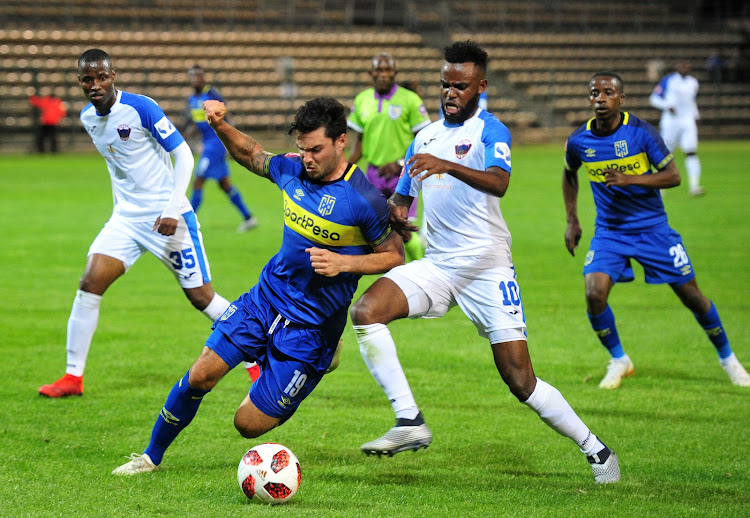 Cape Town City squandered much needed points as they let an early lead slip and were held to a 1-1 draw in the Premier Soccer League at the Athlone Stadium on Tuesday night.

It was another game where Benni McCarthy’s side put on a good display of football, pressed hard for goals but could not find the back of the net after Riyaad Norodien had given them an eight minute lead.

Chippa will be far the happier as new coach Joel Masutha made a positive start to his reign since taking over from Eric Tinkler.

A point come as valuable currency for the Eastern Cape. City got off to the perfect start as defender Taariq Fielies drove a long range pass straight down the middle of the field, and through the heart of the opposing defence, for the pacey Norodien to get onto the ball ahead of Daniel Akpeyi, the Chippa goalkeeper.

The early lead promised much for Benni McCarthy’s team, who played without a recognised striker in a switch of formation and had Teko Modise and Ayanda Patosi running the midfield and their wide players bombing down the flanks.

But it changed fairly quickly as Chippa won a freekick outside the City box and Rhulani Manzini stepped up to thrash it home past Peter Leeuwenburgh in the home goal.

The big keeper should have done better but there was also a suggestion of a slight deflection.

Just past the half hour mark Akpeyi produced a fine one handed stop to deny Modise’s angled shot and straight after Manzini caught the veteran with a horror studs up tackle and was very fortunate that referee Eketsang Setloboko did not see the incident.

Modise had to be stretchered off but then returned to hit a dipping free kick just over the top of the Chippa goal.

City came out of the blocks firing after the break but were let down by the final pass and also by straying offside at vital moments.

On the hour mark, a square cross from Norodien was almost turned into the Chippa net by their centre back Frederic Nsabiyumva. With almost 15 minutes left, Chippa had their first chance of the second stanza with another Manzini freekick, this time even closer to the target and also hit with venom but wide of target.

Ayanda Patosi had his own free kick opportunity with just minutes left, right on the edge of the Chippa box, but found the wall instead of the target and with the opportunity went the chances of a much-needed home win.