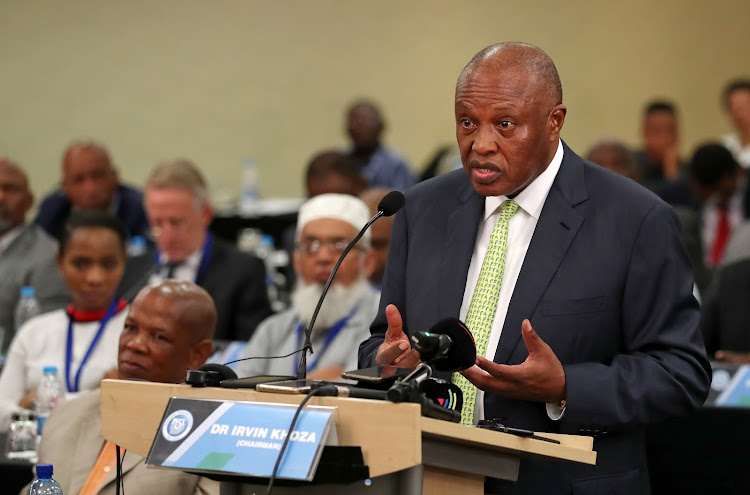 The Premier Soccer League (PSL) are going to fight tooth and nail against the proposed Independent Communications Authority of South Africa (Icasa) draft resolutions that were published before Christmas in the Government Gazette.

PSL chairman Irvin Khoza told a press conference in Kempton Park on Tuesday that‚ if passed‚ the amendments‚ proposing that soccer broadcast rights be free-to-air‚ and therefore in effect not for sale by the owners‚ would collapse the PSL.

“Icasa claims to be making these amendments in the public interest to prohibit subscription broadcasting services from acquiring exclusive rights that prevent or hinder free-to-air broadcasting of any national sporting event as identified as a public interest‚” Khoza said.

“It is important to note that the PSL has self-regulated on this issue for a long‚ long time.

“The most followed match on its fixtures‚ the Soweto derby‚ is available to free-to-air irrespective of who owns the broadcast rights.

“The cup finals and the semifinals are also available.

The SABC has confirmed that there was money involved in their “Free To Air” broadcast rights agreement to show live matches of the English Premier ...
Sport
3 years ago

Icasa argues that the purpose of changing the regulations “is to reach wider audience [for sport] and to strike a balance between audience and revenue”.

If passed‚ the regulations will see broadcasting companies like MultiChoice having a huge cut on their hold on sports broadcasting.

Multichoice has previously said it spends around R2-billion a year on sports broadcast rights.

The regulations will see free-to-air broadcasters like SABC required to broadcast 11 international tournaments live and these include soccer‚ cricket‚ rugby‚ boxing‚ netball and athletics tournaments.

At the moment the SABC is not forced to carry any live broadcasts of tournaments and that’s mainly because of huge costs to carry them‚ and the cash-strapped public broadcaster has been pleading poverty in recent months.

The South African Broadcasting Corporation (SABC) has reached a late agreement with the Premier Soccer League (PSL) for their radio coverage of ...
Sport
3 years ago

It is the South African Rugby Union (Saru) and PSL who have‚ for now‚ voiced their shock at these proposed amendments and pleaded with Icasa not to change the current sports broadcasting rights as it they see it as a big threat to their revenue.

The SA Football Association (Safa) has also opposed the new proposed regulations by Icasa‚ saying it will impact negatively on the development of soccer in South Africa.

Khoza said devaluing the broadcast offering will mean the end of professional football as everyone knows it in South Africa.

“It is also worth noting that PSL peers around the world are dependant on pay television. The [PSL] board of governors have decided to make this public.

“It is important to let you know that we approached all political parties last year to provide them with an understanding of our business.”

Several amendments regarding the National Soccer League (NSL) were deferred for further consultation at a South African Football Association (Safa) ...
Sport
3 years ago

Khoza said he was still hoping that Icasa would review their amendments.

“I think we are dealing with exclusion here. If Icasa contemplate the changes that we face without consulting us and understanding our industry and the consequences and risk that we will face‚ it is a form of exclusion‚” he said.

“I sincerely hope that this is an error rather than for the purpose of subjugation.

“I doubt any reasonable South African with the knowledge of our industry would support cutting of our funding lifeline‚ particularly when we grow our industry within constraints set by the very regulator which is now proposing to act like this.”