Mzansi is devasted by Wiseman Meyiwa's retirement from soccer 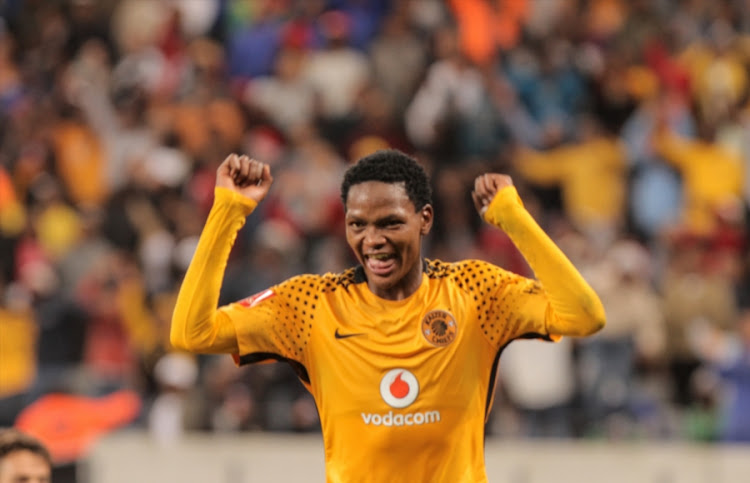 Twitter was flooded with heartfelt messages of support as news of Wiseman Meyiwa’s retirement from soccer broke on Thursday.

A tragic car crash has forced the 19-year-old former Kaizer Chiefs midfielder to retire from what has been described as a promising career.

“We are very disheartened that Wiseman’s promising career has come to an end so abruptly when he still had so much to offer. We are shattered because he is very young, everyone had high hopes and his family expected a lot from his football career.”

Soon after the news spread, South Africans took to Twitter to wish the star well.

Wiseman Meyiwa's football career has been cut short because of injuries sustained in a motor vehicle accident late last year.

We wish him and his family strength as they come to terms with this new reality.#Amakhosi4Life pic.twitter.com/4QFxyrpVzz

Meyiwa was on his way to his home in Pietermaritzburg, in KwaZulu-Natal, when he sustained spinal injuries from the accident.

You’ll never die while you’re living! You’ve already conquered a challenge many have failed at by playing for the biggest club in the land. Strength to you #WisemanMeyiwa and good luck as you tackle your next challenge. pic.twitter.com/Pzn9zrH39H

I'm shattered by what happened to this young lad. Life is another thing yazi. It's really true when they say nobody know what tomorrow holds. Our lives are in God hands. May the good God give him strength and his family. 😢😢💔💔#WisemanMeyiwa pic.twitter.com/mFu0w21qE7

Doctors told Santi Carzola that he would never walk again if he continued playing football...guess what he is still playing football..
Meyiwa you will rise from the ashes like a phoenix#WisemanMeyiwa ❤👑🙇 pic.twitter.com/pIE1jm91Qj

We love you #WisemanMeyiwa 😭😭😭
God will use you somewhere.. Please dont disappear now.. We want to know what u up to.

You are us, we are you my champ ❤❤ pic.twitter.com/DxAEx05pnn