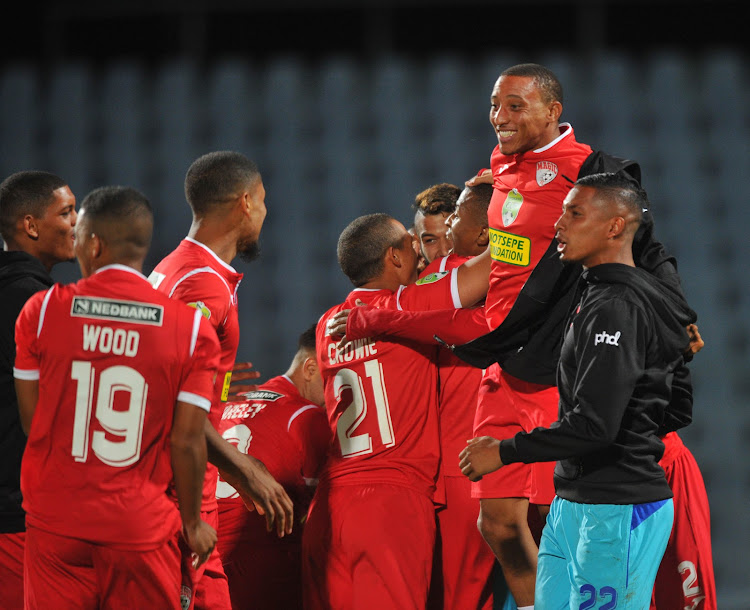 Amateur side‚ The Magic FC‚ are hoping they will be able to use Cape Town Stadium for a dream draw in the second round Nedbank Cup tie against Kaizer Chiefs.

The ABC Motsepe League side‚ who are the last amateur team left in the Nedbank Cup‚ beat Maccabi FC of the National First Division to book a spot in the Last 16 and were handed a home draw against the cup kings.

The date and venue have yet to be finalised by the Premier Soccer League‚ who were holding conference calls with various stake holders on Monday before settling on the final schedule for the second round matches.

“It’s unbelievable for us. We are still in a bit of shock‚” said former Bafana Bafana striker George Dearnaley‚ who owns the club.

“We are not sure about the Cape Town Stadium because there are three Cape Town sides with home games in the Last 16.

"It could also go to the Athlone Stadium but we are trying to figure that out with the PSL.”

“The guys are chuffed with the draw.

"The worse scenario for us would have been to be drawn to go and play TTM (Tshakhuma Tsha Madzivhandila) or Black Leopards.

"There is no glory‚ no one even knows that you’ve gone there to play a game‚” added Dearnaley.

“If you are going to lose‚ rather do it at the highest level‚ like against Cape Town City or Kaizer Chiefs in Cape Town.

"It’s a game where we have nothing to lose and it will be a great experience for all the guys.

“We have to be realistic. We are the only amateurs left (in the cup) and we were very lucky to get past the last 32 anyway.”

The Magic‚ coached by former Chiefs fullback David Kannemeyer‚ won on post-match penalties against Maccabi in Dobsonville where there were some controversial refereeing calls.

“We had three clearances off the line in the first half against Maccabi. So if we go out now‚ we go out at the highest level.

“Our aim now is to keep the players focused because we have important league games to play and we are looking to get into the playoffs‚” he added.

“We are in the running.

"We had a bit of a wobble after we won through to the Nedbank Cup‚ losing two and drawing three after we took our foot off the pedal.”