From Bafana Bafana's victory to the Bulls' loss: 5 sports stories from the weekend 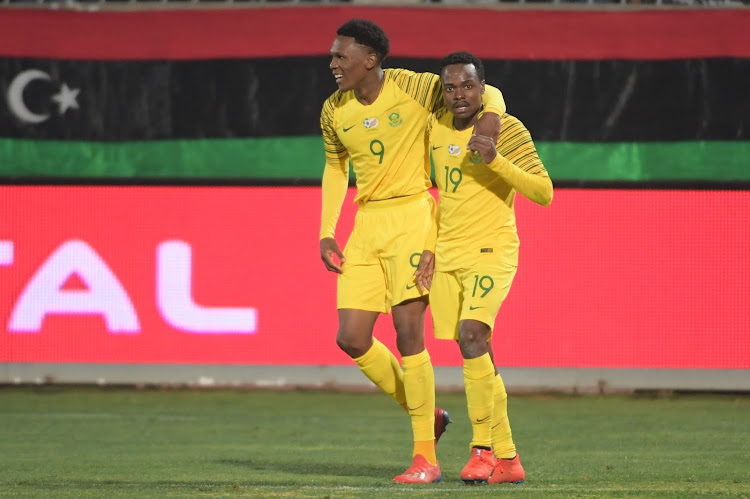 From Bafana Bafana's epic win against Libya to the Vodacom Bulls' loss to Chiefs, here's what happened in the world of sports over the weekend.

The national football team flew the South African flag high during their spectacular 2-1 victory against Libya at the Taieb Mhiri stadium in Sfax, Tunisia, on Sunday.

Although the match was a team effort, all eyes and praise were on Percy Tau, who secured Bafana Bafana a position at the 2019 Afcon games with his two goals.

Bafana join 23 other nations' teams which have qualified for the 2019 African Cup of Nations.

The Bulls hosted New Zealand's Chiefs at Loftus Versfeld on Saturday. The match was a rather embarrassing one, according to the team's coach Pote Human.

This after Bulls suffered a disappointing 56-20 defeat.

Human said that although this was a humiliating loss, the team needs to keep it together and win the upcoming match against the Sharks next week.

Bulls are currently at number four in the SA conference super rugby standings, while Chiefs are at number five in the New Zealand conference.

As he surveyed the wreckage of their unexpected and heavy 56-20 defeat to the Chiefs at Loftus on Saturday‚ Bulls coach Pote Human admitted that the ...
Sport
3 years ago

Thanks to the Protea fire South Africans are beaming with pride after the team's epic victory against Sri Lanka, at Wanderers stadium in Johannesburg on Sunday.

Andile Phehlukwayo, Dwaine Pretorius and Reeza Hendricks are some of the players who dominated the match.

SA completed a 3-0 T20 series whitewash over Sri Lanka with a 45 runs D/L method victory at the Wanderers on Sunday where a few questions were ...
Sport
3 years ago

South Africa's U23 vs Angola

Phakamani Mahlambi, Thendo Mukumela and Grand Mergeman scored the three goals in the first half, putting their counterparts under immense pressure. Eventually Angola managed to score just one goal, more than an hour into the match.

South Africa’s Under-23 team took a confident first step towards the 2020 Olympics as they comfortably strolled past Angola 3-1 in Luanda in Friday’s ...
Sport
3 years ago

The Stormers are nursing their broken hearts after they lost against the Hurricanes in a match at New Zealand's Wellington regional stadium on Saturday.

The Stormers suffered a 34-28 loss. Coach Robbie Fleck said that although his team lost, there were positives too.

"There were lots of positives though. We came with the plan to target them upfront, and we won numerous line-outs and scrum penalties and scored from mauls. The plan was good and we were one moment from winning, but we never had the real grip on the game."

The Stormers were left to rue another missed opportunity when they slumped to a 34-28 loss to the Hurricanes in Wellington on Saturday.
Sport
3 years ago