Chippa coach confident they can beat the drop 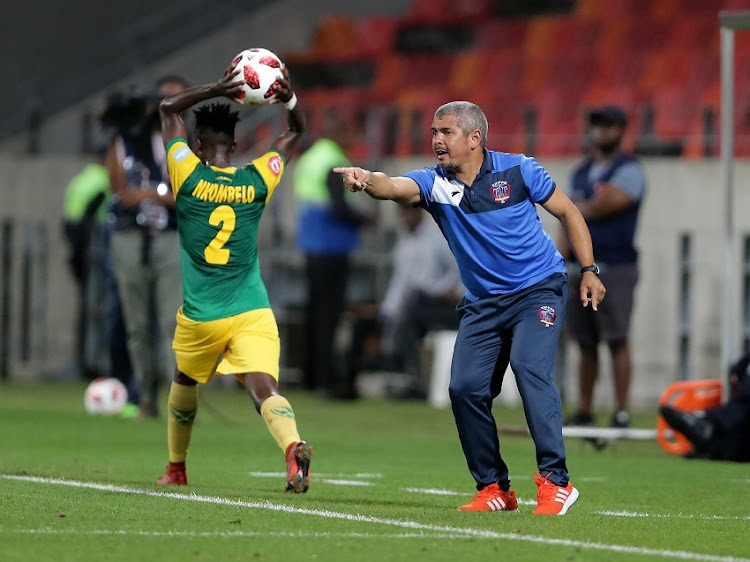 Chippa United’s hopes of staying up in the topflight of the Premier Soccer League suffered a blow at the weekend with a home defeat to title-chasing Bidvest Wits but coach Clinton Larsen is still confident they will beat the drop down to the National First Division.

Port Elizabeth-based Chippa lost 1-0 at the Nelson Mandela Bay Stadium on Friday night and stay on 24 points with four games to go.

“We’ve got 12 points to play for and I’ve said it before that if my team fights like this every week we’ll get out of the situation that we are in‚” Larsen said after a gritty performance failed to deliver home success against Wits.

“There are a lot of other teams in the same precarious position as the rest of us.

Deon Hotto delivered a late goal to keep alive Bidvest Wits’ title hopes in the Premier Soccer League with a 1-0 away victory over Chippa United at ...
Sport
3 years ago

"There are four‚ five‚ six teams in the same position‚ so for us‚ it is about bouncing back from this‚” Larsen added.

“We’ve played a very good Wits team and we have to make sure after the weekend’s cup game against Chiefs that we focus on our last four league games.

“For me I think one more win and a draw does the trick.

"It’s easy saying it but I believe the fighting spirit here will allow us to do so.”

Chippa next host Kaizer Chiefs in the semifinals of the Nedbank Cup before resuming their league campaign away to champions Mamelodi Sundowns in Pretoria on Tuesday April 23.

Their last two league games are against Polokwane City (away) and Chiefs (home).