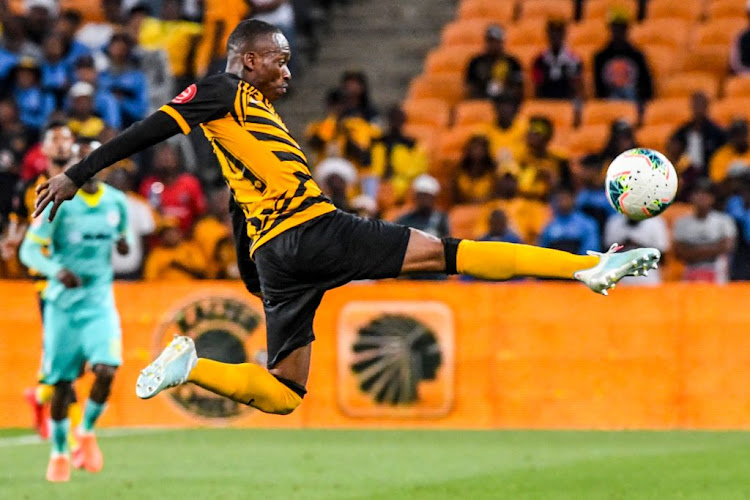 Kaizer Chiefs will be without Itumeleng Khune‚ George Maluleka and Reeve Frosler for Tuesday's critical league game against Golden Arrows at the FNB Stadium.

Chiefs beat Baroka FC at FNB Stadium on Tuesday and Khune‚ who's recently returned from a long-term injury‚ came off in the 28th minute with an injury that coach Ernst Middendorp couldn't specify. Maluleka was replaced on the stroke of half-time by Willard Katsande.

Golden Arrows surrendered a two-goal lead against Stellenbosch FC to draw the game on Saturday.

Middendorp was aware of how the game will test his team's depth‚ even though they'll have the benefit of a break where injured players will have enough time to recover.

“We've got George out and he's not available for Tuesday.

"We can continue and with Dumisani Zuma‚ I don't quite know‚” Middendorp said.

“We've got some work to do but I'm not thinking about winning three matches in a row.

"I need to go through the squad.

"We have a number of players in the squad who haven't played and haven't been used.

Orlando Pirates coach Rulani Mokwena and his Cape Town City counterpart Benni McCarthy have downplayed the tense confrontation that played out in the ...
Sport
2 years ago

"I had to move Reeve Frosler from defence up the field for the last six minutes and he won't be available for Tuesday. That hits us‚ so the priority isn't about winning three games in a row.”

While Golden Arrows started the season badly‚ they've been consistent without being spectacular.

They haven't won a game since August 24 when they beat Chippa United 2-1 at home but also haven't lost with four consecutive draws.

Middendorp didn't have time to watch Arrows on Saturday‚ but said they're going to be a tricky outfit.

“It's going to be an interesting game‚" he said.

"Golden Arrows recently played Cape Town City and they were particularly successful with the result there after being 1-0 down there.

"I only watched about 30 minutes and they had a different set-up. Lerato Lamola didn't play and they were successful with another striker.

“We saw how they were last time and they got what they wanted.

"For me now‚ we don't have issues in the goalkeeping department but there are other areas that we need to look at. It's going to be a tactical game from both sides‚ especially because of the short turnaround time.”

By beating Baroka FC 1-0 at the FNB Stadium, Kaizer Chiefs not only went three points clear at the top of the log, but recorded their first win at ...
Sport
2 years ago