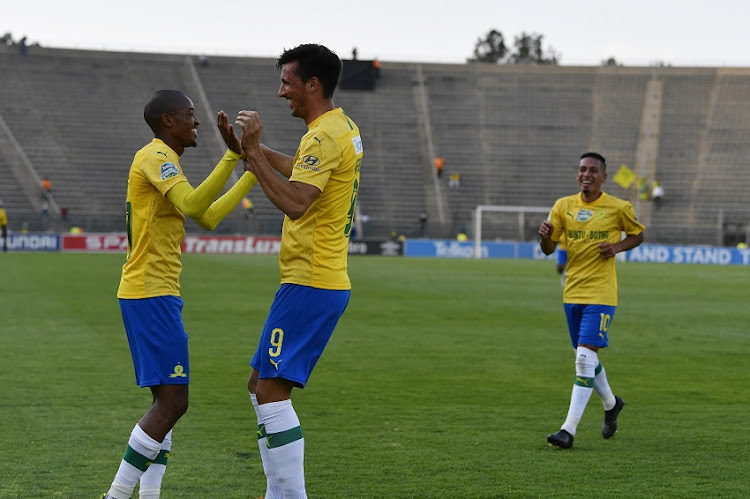 Often one brilliant touch or moment by an individual in a big match‚ such as Sunday’s Absa Premiership clash between Mamelodi Sundowns and Kaizer Chiefs at Loftus Versfeld‚ can make a telling difference.

Below are three players we believe can win the game for Sundowns:

The Uruguayan attacking midfielder didn’t take long in his first full season with Sundowns last campaign to show why they brought him to SA. Sirino is adept at playing behind the strikers and if he’s not providing the final pass he’s scoring great goals himself.

He’s very versatile in that he can pop up on either flank or down the middle‚ where he causes havoc to any watertight defence with his slick moves‚ great first touch and control of the ball. If Chiefs give Sirino space around the area on Sunday he won’t hesitate to either provide the killer pass or take the chance to earn the glory himself.

Like Sirino‚ Zwane’s great ammunition is his vision. He can see gaps where many can’t and he’s the Sundowns player with most assists to the strikers in recent times.

Chiefs will do well to assign someone to monitor each and every move Zwane makes. But Zwane is clever in that he can be all over the pitch and can make all the difference with a single well-weighted pass.

Scoring is not one of Zwane’s strongest points but he’s scored many goals for the Brazilians by virtue of his sheer well-timed movements off the ball.

The Uruguayan striker joined Sundowns from Peruvian club Alianza Lima in July and in three official matches he’s played‚ he came off the bench to score vital goals for Sundowns.

Chiefs would have particularly taken note of Affonso’s amazing winner against Highlands Park on Wednesday‚ where he showed he’s not only good in the air but can finish with his strong left foot when given ample space inside the area.