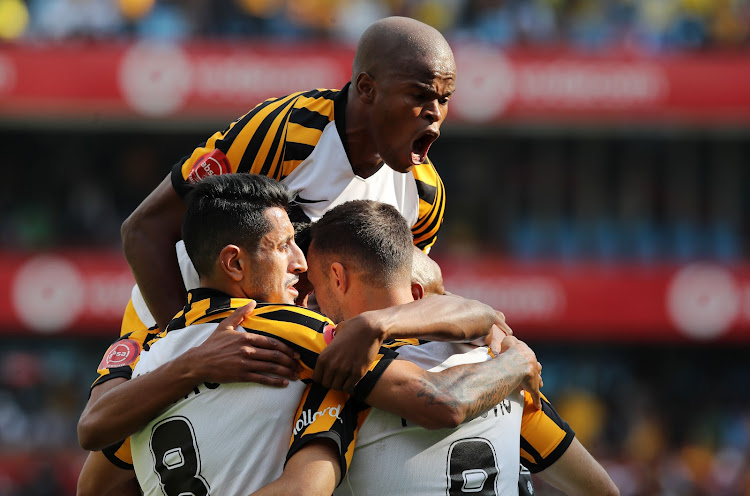 Kaizer Chiefs bagged all the three points at stake and the bragging rights after a deserved 2-0 win over title rivals Mamelodi Sundowns at a sold-out Loftus in Pretoria on Sunday afternoon.

A brace from striker Samir Nurkovic in either half was enough to give Chiefs the best possible morale-booster ahead of the hugely anticipated Telkom Knockout quarterfinal showdown against Orlando Pirates in Durban next weekend.

The build-up to Sunday's enthralling encounter was dominated by verbal assaults fired by Sundowns coach Pitso Mosimane at his Chiefs counterpart Ernst Middendorp but in the end‚ it was the Amakhosi mentor who got the last laugh.

While the game itself sparkled in patches and did not live up to its high-profile billing‚ Chiefs will be happy after maintaining their lead at the Absa Premiership summit with 22 points after nine matches. They now lead second-placed Sundowns‚ who have one game in hand‚ by five.

Chiefs opened the scoring in the seventh minute through Nurkovic who pounced on a pass from Reeve Frosler.

Sundowns reacted shortly after Chiefs opened the scoring with attacks of their own from Thapelo Morena‚ Gaston Sirino‚ Sibusiso Vilakazi and Ali Meza but they could not find the opening.

As they continued to look for the equaliser‚ Sundowns launched another attack on the hour mark which was started by Tebogo Langerman and ended with Vilakazi’s shot on the edge of the box going over the cross-bar.

Chiefs suffered a blow to their system just after the half hour mark when they lost effective defender Frosler due to an injury and he was replaced by George Maluleka.

Deep in injury time of the first half‚ Vilakazi supplied the ball to unmarked Andile Jali but he forgot the basics of finishing as he ballooned the ball off the target while picking a spot and beating Daniel Akpeyi looked to be the simpler option.

At the beginning of the second half‚ Mosimane introduced striker Mauricio Affonso to put pressure on the Chiefs central defensive partnership of Eric Mathoho and Daniel Cardoso but the move did not work.

Nurkovic completed his brace to ensure all the three points for Chiefs after 78 minutes when he pounced on a loose ball in the area after the Sundowns defence failed to clear the danger.

After Saturday's TKO cup clash in Durban‚ Chiefs and Pirates will meet again in the league a week later on November 9 for the second installment of the Soweto derby in two successive weekends.

For Sundowns‚ they will also have to shift their focus to the Telkom Knockout where they visit Chippa United in Port Elizabeth on Sunday before they return to action against Baroka FC in Polokwane on November 6.