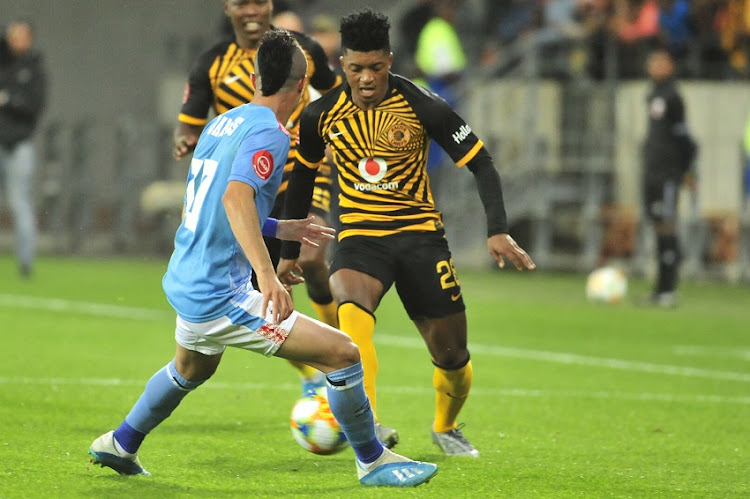 Dumisani Zuma scored twice as Kaizer Chiefs increased their lead at the top of the Premier Soccer League table by beating injury-plagued Chippa United 2-0 in Port Elizabeth on Wednesday night.

With second placed Mamelodi Sundowns held at Baroka FC, Chiefs now have a seven point lead with one-third of the season completed – the perfect morale booster before the derby against Orlando Pirates.

Zuma struck in the 67th minute and then again in stoppage time for their fifth successive away win.

Chippa remain rock bottom, the only side without a win in the league, ands with a paltry four points.

Chiefs coach Ernest Middendorp was taking no chances with the derby looming and kept only three players from last weekend’s cup tussle in Durban in the starting line-up at the Nelson Mandela Bay Stadium.

Daniel Cardoso, Willard Katsande and Samir Nurkovic represented an experienced spine but for the rest it was a hodge-podge of players who have seen either limited, or no, action this season.

And they looked decided undercooked at the start, as Chippa came out of the blocks brightly, firing long range shot at Bruce Bvuma.

The Chiefs’ third choice keeper dealt with them well to keep his side in the game and allow the new outfield players to settle.

Chippa then began a series of misfortune that saw three players go off with seemingly innocuous-looking injuries before half-time.

First left back Elvis Moyo with a thigh problem, then Boikanyo Komane with a broken thumb as he blocked a cross from Katsande and finally Frederick Nsabiyumva, who fell awkwardly on the small of his back.

It meant a reshuffle in the Chippa line-up and an end to new coach Norman Mapeza’s best-laid plans.

But the home side still had a good chance to take the lead when William Thwala was clear on the left but elected to pass instead of shoot with the goal at his mercy.

Chiefs got more into the game as it unfolded, and they had chances for Siyabonga Ngezana, making his first league start in almost a year, and then a stylish effort on the outside of the boot from Samir Nurkovic, that struck the crossbar with the last kick of the first half.

Chances were infrequent in the second half but the goal well taken when it eventually came.

Katsande set it up with a pass through the middle and Zuma managed to split the defence and finish with a perfectly weighted shot into the corner of the goal.

To their credit, Chippa never gave up the fight in their quest to get back in the game but new Nigerian striker Augustine Kwem botched several chances.

Zuma made his second goal by cutting in from the flank to fire home through the legs of Patrick Tignyemb.