Coach Cavin Johnson unsure of his future at Black Leopards 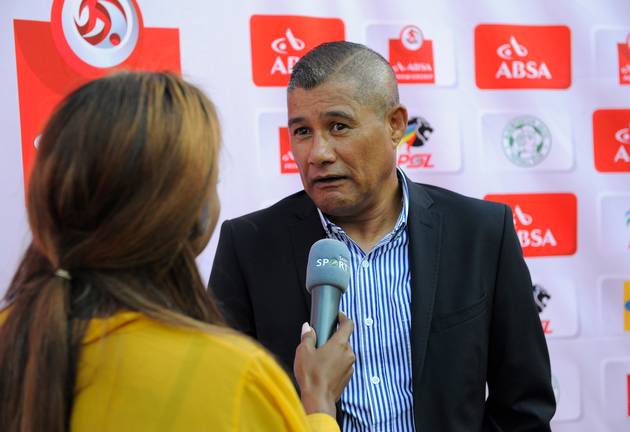 Coach Cavin Johnson says we will have to “wait and see” over his future at Black Leopards after the Limpopo side suffered a 1-0 Absa Premiership defeat at Cape Town City on Friday night to worsen their relegation concerns.

Leopards are one of four sides on 17 points at the wrong side of the table and have now taken just a single point from 15 available under Johnson.

They certainly had their moments against City, and having taken a point off league leaders Kaizer Chiefs in the previous match, have been showing some good signs.

Johnson is unsure whether that will be enough to stave off the axe at what has become a revolving door at Lidoda Duvha for coaches.

“You are never secure,” he said.

“I read this morning (reports he had been fired), there must have been 10 to 15 people who called me. Maybe it’s because I didn’t fly with the players, we will have to see. The difficult part initially was coming here, if you add the hours that I have actually coached this team now it is not more than 15 hours (on the training pitch).

“I have been here just on a month and if that is the bases for South Africans pressing for coaches to be fired and all that, then maybe we are a little bit premature.”

He said there were positives to take from their performance against City, but also appeared to criticize his players for a lack of effort and endeavour.

“When we came here we knew we had one (point) in our pocket, both teams are sitting in the same position. We knew it would be a tough game.

“The first half they had a lot of possession, but we were able to break sometimes and if we were a little bit calmer, we could have stolen one. But it was not to be.

“We came out in the second half, conceded a header to the shortest man on the pitch (Kermit Erasmus). We were unlucky, hitting the crossbar, our muti didn’t work today.

Our passing wasn’t at its best, could have been better. We just didn’t move well enough in the last third. We go home sad. I don’t know what Cape Town does to the inland teams, except maybe the big ones. But whenever they come to Cape Town they play crap.”

He says the work ethic of his side needs to improve and it is not enough to rely on their talent.

“They have to put the effort in. You look at the other teams, the runners they have and the space they make, they have to match that. They matched Kaizer Chiefs, why can’t they match Cape Town City?.”

Johnson believes the constant chopping and changing of coaches has not helped matters.

“We have to give them (the players) some leeway, they have been through four mentalities. One Italian, one Dutch, then another one and now you have an African, it is completely different.”