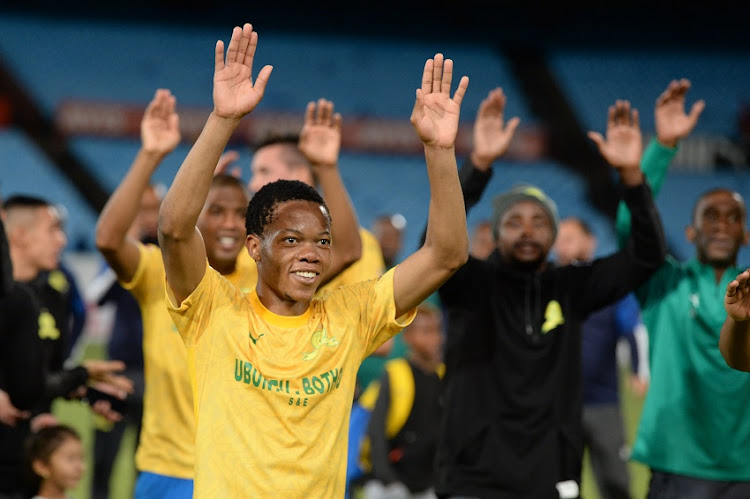 This season Mosimane has given the 24-year-old Mkhulise increased opportunities but he is yet to cement a place in the starting line-up because of the fierce competition in team.

Mkhulise has featured in 23 matches for the Brazilians in all competitions this season but he has only found the back of the net three times with two assists and Mosimane says this is the area where he must improve.

“He is a fantastic player‚ he is very good player but my talk with him all the time is that he must score more goals‚” said Mosimane.

In the Premiership‚ Mkhulise has played 13 matches‚ followed by four in the Caf Champions League‚ three in the Telkom Knockout‚ two in the MTN8 and one in the Nedbank Cup.

“He is competing with Themba Zwane‚ Gaston Sirino‚ Sibusiso Vialakazi and Lebohang Maboe and they score and create goals for the team‚” Mosimane said.

“He came up very well where he scored a few goals but he went on a spell without scoring. That put him a little bit off because ‘Vila’ [Vilakazi] came through and he has been scoring the goals.

“He has found a little bit of a challenge in cementing a place the starting line-up but he is a useful football player. It’s a game of moments and he had his moments by scoring a few goals which put him in the team all the time‚ but he got injured and he was out for three weeks.

“You know that three weeks at Sundowns is about seven games – he missed out a lot of football while he was out injured but he is an important player for us.”

Mosimane said that Mkhulise‚ who the Brazlains fans have taken a liking to‚ is a typical Sundowns player and he has the potential to follow in the footsteps of Keagan Dolly‚ Bongani Zungu and Percy Tau as a star at the club.

“He trains well and he has quality on the ball and he is a typical Sundowns player because he fits in very well. But my talk with him all the time is about scoring goals – I want him to top it up a little with goals because ‘Mshishi’ [Zwane]‚ Vilakazi and Sirino score and create goals for us from the midfield.”