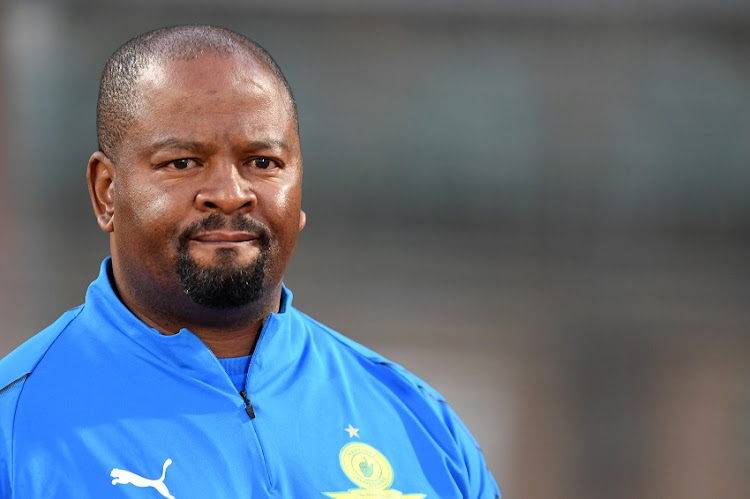 Sundowns co-coach Manqoba Mngqithi said there were many positives, despite his team's loss.
Image: GALLO IMAGES

Mamelodi Sundowns fans were seeing flames over the weekend when life after Pitso Mosimane took a turn for the worst at the first hurdle.

While Mosimane was winning a crucial Caf Champions League semifinal against Wydad Casablanca with his new club Al Ahly, Sundowns were kicked out of the MTN8 by Bloemfontein Celtics.

Coaches Manqoba Mngqithi, Rulani Mokwena and Steve Komphela took over the team after Pitso's departure last month, and endured a nightmare start to their tenure in charge at Chloorkop.

The Brazilians' hopes of ending a 13-year wait for the trophy were dashed when Victor Letsoalo headed Celtic ahead with just under 20 minutes remaining.

Mngqithi said he was disappointed with the result but was pleased with how the team responded to his way of doing things.

“I’m impressed. There were a lot of positives. I think there were a lot more positives than negatives. I believe the team is starting to play the way we want them to play,” he said in a post-match television interview.

It doesn't get easier for Sundowns, who will start their DStv Premiership campaign against Kaizer Chiefs at FNB Stadium on Saturday.

Fans on social media were shocked at the result, and flooded TLs with memes and messages mocking the side and calling for Mosimane to send some of his magic to the new coaches.

The story of 3 coaches and how players became confused:

Rhulani: "Let us be like Picasso when he saw the image of Mona Lisa"

Komphela: "All I'm trying to say is one bird in the hand is worth two in the bush"

Sundowns
With Pitso. without Pitso pic.twitter.com/quZROs3ejz

#MTN82020
Tough times for Sundowns fans with this 3 in 1 team 😂😂 pic.twitter.com/3scUksfolh

Sundowns players when they see different tactics from their 3 coaches#Pitso#MTN8 pic.twitter.com/pHN5LpneY4

How will Sundowns win? #MTN82020 pic.twitter.com/FOepY5Hqwg

Manqoba Mngqithi is the coolest of professional football coaches you can find in SA.
Sport
1 year ago

Mamelodi Sundowns co-coaches Rulani Mokwena and Manqoba Mngqithi have insisted that they’ll get on with their job without much hindrance despite ...
Sport
1 year ago

The MTN8 semi-final draw dished up a mouth-watering Soweto derby after Orlando Pirates were pitted against arch rivals Kaizer Chiefs on Sunday ...
Sport
1 year ago