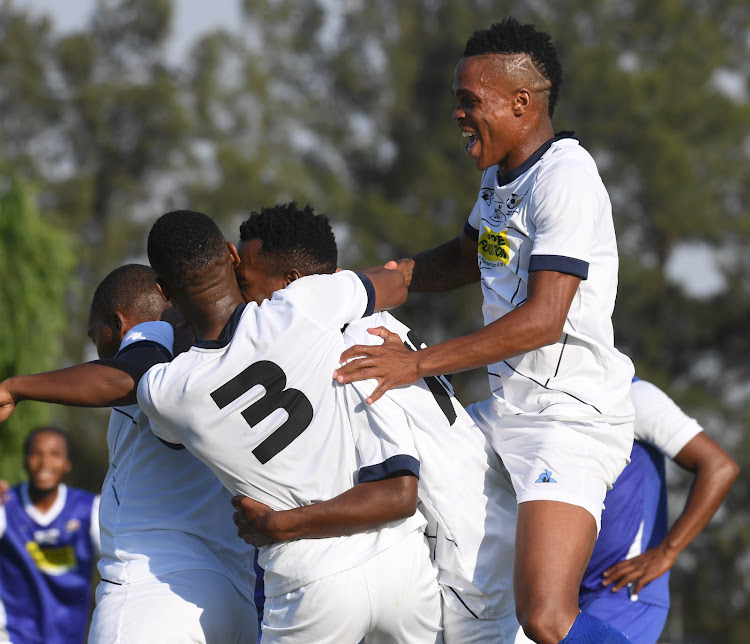 Malwande Natemba and his Pretoria Callies teammates will look to impress in the professional ranks of the GladAfrica Championship.
Image: Sydney Mahlangu/BackpagePix

Pretoria Callies coach Sammy Troughton says his considerable knowledge of the National First Division will hold him and the side in good stead in the coming lower tier season.

The Romans and Eastern Cape's Bizana Pondo Chiefs earned qualification to play in the GladAfrica Championship next season and Troughton will hope to tap into his vast experience when his charges compete in the division.

Troughton‚ who is assisted by Sly Mosala‚ promoted University of Pretoria and Mpumalanga Black Aces to the topflight throughout the many years where he has coached in the lower division.

“It’s okay for me to know the league very well but the most important thing are the players and I have to work as hard as I can to get through to them so that they can handle the pressure‚” he said.

“In the past‚ I promoted Tuks and Black Aces‚ I got Stellenbosch FC to the play-offs and in some of the jobs I went in to help teams to survive relegation because they were struggling.

"So yeah‚ I have been around and I know this league very well‚ but it is more about the players.”

Troughton‚ who has also coached Nathi Lions and Thanda Royal Zulu in the second division‚ said their season which starts with a match against Free State Stars at Goble Park is not going to be an easy one.

“There isn't a big difference between the teams because they are all very equal in terms of ability.

"You saw last season that Ajax Cape Town were probably better than the rest of the teams but there were periods where they struggled a little bit and I am expecting the same this season.

“There are a few new teams and all will be beefing up their squads. There are a lot of players hanging around and looking for jobs.

"In the PSL‚ clubs are not having big squads because everybody is cutting down on budgets and this means players are out of work.”

Troughton has given the players this week off and has bemoaned the short break after the conclusion of the ABC Motsepe League play-offs last weekend.

“Normally you would like to have pre-season where you assess players and gradually build fitness‚ but we haven’t got that and this comes with the territory.

"We wanted to get to the First Division and we have to pay a little bit of a price now that we are here.

“The NFD is a different level and at the moment we are discussing the squad and what changes are we going to make.

"It is inevitable that there are going to be a few changes‚ we might have to release a few players who maybe did not contribute to our season and we need to beef up the squad.

"We need a few new faces and experience possibly‚ even under normal circumstances teams bring in new players to freshen up the squad.”

Sudan have pulled a shock 1-0 defeat of Ghana in Omdurman that makes Bafana Bafana's qualification for the 2022 Africa Cup of Nations that much more ...
Sport
4 months ago

Plans are underway to ensure that Bafana Bafana and Banyana Banyana players are paid the same amount for representing the country on the ...
Sport
4 months ago

That South Africa were able to beat Sao Tome 4-2 in their African Cup of Nations 2021 qualifier was sufficient‚ but the manner in which the victory ...
Sport
4 months ago
Next Article