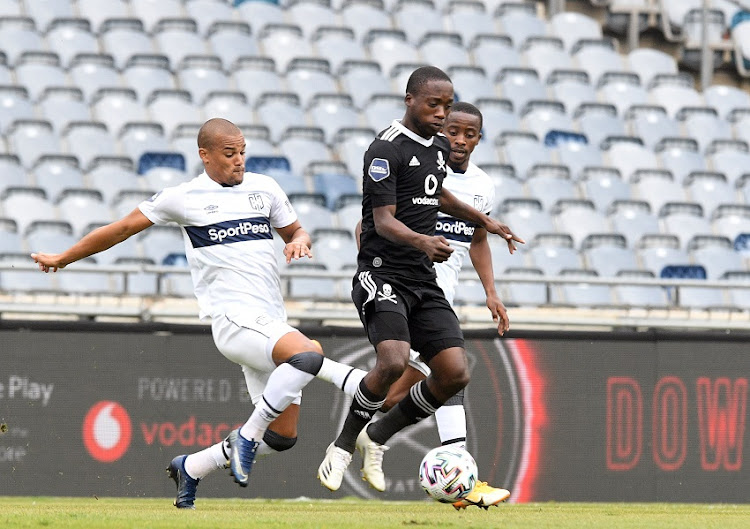 Orlando Pirates earned what seemed a crucial and relatively convincing 2-0 win against Cape Town City at Orlando Stadium on Tuesday evening to remain in touch with the DStv Premiership title race.

Coming off an unspectacular 1-0 Nedbank Cup win against First Division Uthongathi on Saturday, just three changes, and maintaining a 4-3-3 system, seemed to bring a measure of stability and confidence. Paseka Mako returned for Innocent Maela at left-back.

The midfield of Ben Motshwari, Thabang Monare and Makaringe that Bucs started with, and front line of Pule, Hotto and Thembinkosi Lorch, looked the most stable and penetrative Zinnbauer has fielded in some time.

Perhaps, going forward, the coach might consider this some form of core, to be tweaked here and there as circumstances require.

Bucs under Zinnbauer, when they go off the boil, cool considerably. When they hit a stride they notch results mechanically.

A run of five matches where they won just one, drew two and lost two was preceded by 15 league and cup games unbeaten.

Bucs’ one defeat, two draws and four wins from their last seven matches suggests a head of steam perhaps being built again, at a crucial phase as the second half of the season is entered.

The front line took advantage of a City who came out poor in the first half, improving to mediocre as Bucs ruled their Orlando roost, the front three utilising their pace to pull the Citizen’s back four ragged.

Bucs’ first came easily as they won the ball deep in their half on the left and fed Makaringe in the middle who lobbed over the top for Hotto, between the centrebacks, to outstrip Taariq Fielies for pace and slot past Peter Leeuwenburgh after 46 seconds.

Defending champions Mamelodi Sundowns were drawn against Polokwane City in the last 16 stage of the Nedbank Cup during the draw conducted by the PSL ...
Sport
1 year ago

Bucs’ second came after Makaringe found space on the right and his low cross was missed in the middle by Pule and found Lorch on the left. Lorch squared back in and Pule was alone for the tap-in.

An horrific clash of heads between Ndlovu and Monare saw the former bandaged, and the latter attempting to play on but having to limp off for Linda Mntambo in the 36th.

Bucs enjoyed possession in the second half, consolidating the two-goal lead, and unable to penetrate with the same frequency against a tightened City.