Hunt frustrated as Chiefs continue to blow hot and cold: 'I think we should be up for every game' 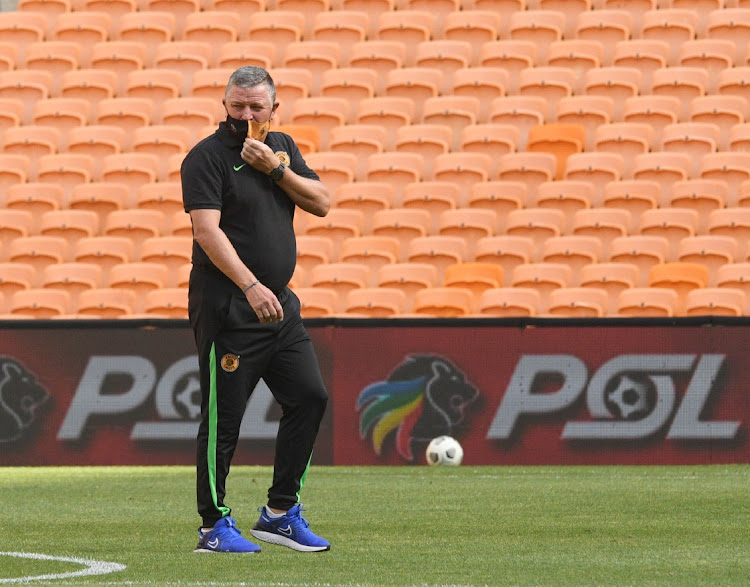 Gavin Hunt is struggling to get consistency from his team and results to get Kaizer Chiefs moving up the log.
Image: Sydney Mahlangu/BackpagePix

Kaizer Chiefs coach Gavin Hunt has watched his charges plunge the depths of ignominy only to be stunned when the same players produced victories in big games few expected them to win.

Chiefs again flattered to deceive when they went down 1-2 to Cape Town City at home on Wednesday‚ in a result that will not have been good for morale before Sunday's potentially explosive showdown against leaders Mamelodi Sundowns.

After suffering a seventh league defeat of the season in the DStv Premiership match against City‚ the Chiefs coach was asked if the unlikely victories Amakhosi pulled off against Orlando Pirates in the league and Wydad Athletic in the group stages of the Caf Champions League could inspire them against the long-time log leaders in Pretoria.

“Yes and no‚” was Hunt’s initial response.

“I think we should be up for every game. You can’t pick and choose where you want to be up for. So that’s something that I still have to instil in our players‚ but that takes time.”

Soccer fans remembered the fallen Bafana Bafana midfielder and how he was a true inspiration to many around the country.
Sport
1 year ago

Chiefs beat their Soweto arch-rivals 1-0 on March 21 before drawing 2-2 against Stellenbosch FC‚ 1-1 against Baroka FC and then finally going down to City.

Amakhosi are also in the last eight of the Champions League, with a 1-0 home win over Wydad at the beginning of April crucial in fending off Guinean club Horoya AC‚ who they beat on head-to-head to qualify alongside the Moroccan giants in Group C for the quarterfinals.

Hunt admitted that there’s massive pressure in coaching a hugely followed club like Chiefs and feels that the absence of supporters at the stadiums due to Covid-19 restrictions has robbed Amakhosi of a vital partner that has always inspired the club when the chips are down.

“The bottom line‚ as you can see around the world‚ supporters are everything for football clubs‚” said Hunt.

“And it’s important that we do better for the supporters.

“I do think in a club like Kaizer Chiefs it certainly doesn’t help them not having supporters (on the stands), because that’s been the cornerstone of the football club for the last 50 years.

Cardoso on Chiefs mentor Hunt: ‘The coach is giving us more confidence’

Kaizer Chiefs’ combination play and ability to keep the ball on the ground in build-ups has improved markedly in recent games‚ centreback Daniel ...
Sport
1 year ago

“So there’s no doubt that it (their absence) has certainly taken a huge chunk out of us, while the other clubs don’t get much support. They play week in and week out (without the fans)‚ but a club like Chiefs need supporters‚ there’s no doubt about it.”

Chiefs have struggled in many matches this season‚ most of the time starting in a low gear while also conceding early goals. At times they have managed to come back and get a draw at least‚ but Amakhosi were not so lucky on Wednesday against City, who sprinted into a 2-0 lead at the FNB Stadium within 60 minutes.

“Hugely frustrating‚” Hunt said of Chiefs’ lukewarm start in most of their league matches this season.

“I know what needs to be done. For sure, that’s what I have to get right. We need to be better at the start of the game.”

Fans largely blamed Khune, saying he has lost his touch and should consider stepping down.
Sport
1 year ago