Another draw for Swallows against SuperSport at Dobsonville 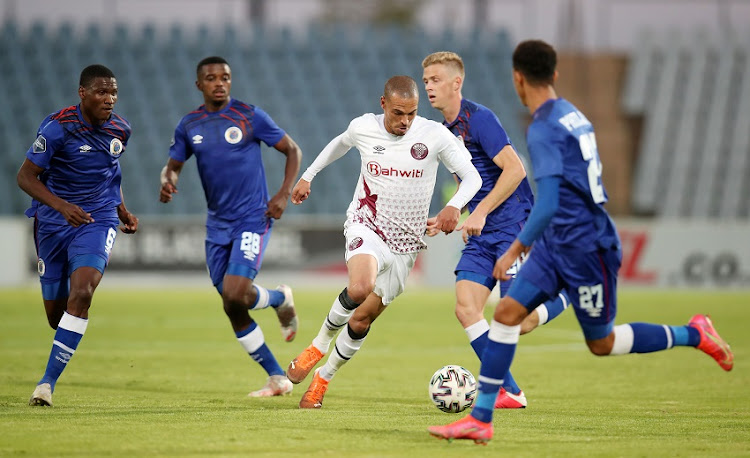 Swallows FC and SuperSport United played out to an uninspiring 1-1 draw in their DStv Premiership clash at Dobsonville Stadium in Soweto on Tuesday night.

Swallows took the lead with their first attempt at goal in optional time of the first half from the header of Fawaaz Basadien and United secured this precious away point with a headed goal from Sipho Mbule late in the second half.

The result leaves Swallows sitting fifth on the standings, with their 15th draw of the season, and with outside chances of qualifying for the Caf Champions League or the Caf Confederation Cup.

The other notable statistic for Swallows is that they remain the only team in the league so far not to have lost a match at home, after their run of five wins and seven draws.

For United, their troubles continue as this ninth match without a win in a poor run that has produced six draws and three losses, has left them with a mountain to climb to protect their place in the top eight.

For most of the first half, the action was saturated in the midfield and there was nothing much to cheer about in terms of scoring chances, as only three shots at goal were registered.

The visitors dominated proceedings in the middle of the park with Teboho Mokoena, Sipho Mbule and Jesse Donn getting the better of the experienced Lebohang Mokoena, Joseph Mhlongo and Musa Nyatama.

Because of their slight dominance in the midfield and on attack, United looked the team likely to open the scoring first but they were stung by a header from Basadien before the break.

For the opening goal, Swallows put together a good attacking move that saw Lebohang Mokoena deliver a dangerous cross into the box that was met by Basadien to open the scoring.

United started the second half by threatening Swallows and one of the most notable early chances came in the 54th minute when Mbule’s shot was parried away by goalkeeper Virgil Vries.

Mbule equalised after 77 minutes with a close-range bullet header that gave Vries no chance after he was allowed space to rise and connect a cross that was delivered by Keenan Phillips.

A few minutes later, substitute Swallows attacker Daniel Gozar wasted a good opportunity to give his team the lead again as he failed to direct his header into the net after he was found by a clever cross from Vuyo Mere.

In the dying minutes, Bradley Grobler, who was making his first appearance after four matches, missed a glorious opportunity to win the match for United as he ballooned the ball over the crossbar from an inviting position.

It was that sort of afternoon at Dobsonville Stadium where neither Swallows FC nor Orlando Pirates teams did enough to win their 1-1 DStv Premiership ...
Sport
7 months ago

While Kaitano Tembo is happy with his team's performance in the draw against Black Leopards‚ the SuperSport United coach believes his charges should ...
Sport
7 months ago

Kaizer Chiefs coach Gavin Hunt has admitted that he is puzzled by his charges' tendency to raise their game against more illustrious rivals and then ...
Sport
7 months ago