Black Leopards relegated after away defeat to Cape Town City 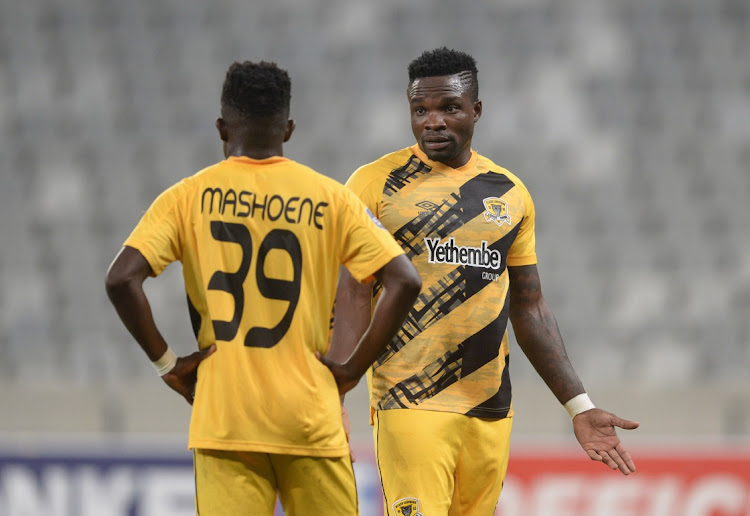 Black Leopards were relegated for the third time from the top flight of South African football after losing 3-1 to Cape Town City in a penultimate DStv Premiership clash at the Cape Town Stadium on Wednesday.

Leopards, who had spent just three years in the Premiership after gaining promotion from the GladAfrica Championship in the 2017-18 season, needed to beat City to keep their hopes alive of surviving on the last day of the season on Saturday.

But failure to protect their first-half lead and allowing City to come back with three goals in the second half means no matter what the Limpopo team do in their last game against Bloemfontein Celtic in Thohoyandou on Saturday they will not be able to beat the dreaded axe.

There was hope of Lidoda Duvha following their 2-1 victory over Kaizer Chiefs last week with another one against City when they took the lead via Isaac Masia’s header in the 17th minute.

But City came back stronger after the restart and equalised through Fragrie Lakay in the 57th minute before substitute Abdul Ajagun got the brace with goals in the 60th and 84th minutes.

Masia got an important header from Tumelo Khutlang’s well-taken free kick to give his side a 1-0 lead and hopes they could survive straight relegation if they defeated Celtic in Thohoyandou.

City, who had a returning coach Eric Tinkler on the bench for the first time after parting ways with Dutch coach Jan Olde Riekerink, were in control of the proceedings when Leopards got a set-piece from nowhere and Khutlang lifted the ball to Masia to score his first goal of the season.

Tinkler had vowed to fight for all three points in what was City’s midfielder Thabo Mokeke’s 100th Premiership match.

With this victory, The Citizens consolidated their place in the top eight in the Premiership and they could still move from seventh to fifth or sixth spot if some results of Saturday’s last round of fixtures favour them.

Tinkler’s team finish their campaign with a trip to league champions Mamelodi Sundowns.

Champions Mamelodi Sundowns have set the record as the first team in the Premier Soccer League (PSL) era to go the entire season without an away ...
Sport
11 months ago

Lebogang Manyama smacked a stunning hat-trick as Kaizer Chiefs displayed fight that had been sorely lacking in the 2020-21 DStv Premiership edging ...
Sport
11 months ago

The desperate scrap for the Premiership runner-up spot was decided in the penultimate round of the season after AmaZulu beat Swallows FC 1-0 to claim ...
Sport
11 months ago

Gavin Hunt’s statistics as coach of Kaizer Chiefs will make for some sorry reading when his tenure is analysed and reminisced on in future.
Sport
11 months ago

Kaizer Chiefs caretaker-coach Arthur Zwane says the club has roped in a coach of quality after the appointment of his former Bafana Bafana boss ...
Sport
11 months ago

Safa will not stop Kaizer Chiefs hiring former Bafana Bafana coach Stuart Baxter should the Naturena-based club elect to appoint the Briton in the ...
Sport
11 months ago