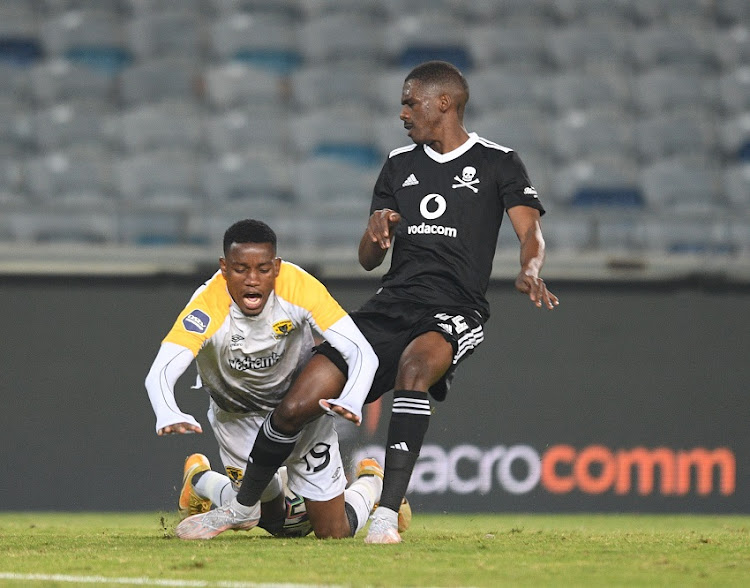 Abel Mabaso says the switch back to his natural midfield position helped him have a bright second half of the season in 2020-21.

Signed from Chippa United in July 2018‚ Mabaso spent his first two seasons at Pirates mostly playing as a right-back under a succession of coaches.

He says it was his versatility that saw him used in defence‚ and in and out of the starting line-up.

But midfield is where the 30-year-old is most comfortable‚ and where he played his football since he was a Mamelodi Sundowns development product coming through the Brazilians’ feeder team‚ Als Puk Tawana‚ in the early 2010s.

That showed with some impressive displays in midfield in an injury-ravaged 2020-21 campaign. Mabaso was out of action or favour for almost all of 2020‚ but returned with some strong showings in 2021.

At one stage Mabaso was really catching the eye‚ and being talked about as one of an erratic Bucs' most consistent performers.

“The most important thing was that I was definitely operating in my most familiar position in midfield‚” he said on Thursday‚ as Pirates unveiled their 2021-22 kit.

“And, of course, credit also to my teammates and the technical team just for also making it easier for me.

“You’ll recall in my time before coming to Pirates‚ and even the season before at Chippa‚ I was playing in midfield. And that’s where I really played well.

“In the development I started off in midfield. The reason was that‚ because of my versatility I could slot in at right-back also. So most people thought I was a right-back.

“So because I could slot into different positions‚ and then the opportunity came when all the right-backs were injured [at Pirates]‚ they asked me‚ ‘Do you want to play there?’”

Mabaso remained on Sundowns’ books until 2017‚ in a five-year period where he was loaned to Mpumalanga Black Aces‚ Maritzburg United‚ Ajax Cape Town and Chippa‚ then eventually signed by Chippa for a season‚ before joining Bucs.

He will hope the improved second half of last campaign bodes well for more game time in Bucs’ competitive central midfield in 2021-22‚ where he competes with stars including Fortune Makaringe‚ Ben Motshwari‚ Thabang Monare and Nkanyiso Zungu for a first team place.

MTN8 champions Pirates will aim to improve on their disappointing third place in the 2020-21 DStv Premiership in the coming campaign.

Orlando Pirates have unveiled their home and away kit for the 2021-22 season‚ which the club says is a combination of vintage and modern.
Sport
10 months ago

Former Orlando Pirates star Lucky Lekgwathi said on Tuesday some of the looters who destroyed his Grootman restaurant in Kliptown, Soweto were his ...
News
10 months ago