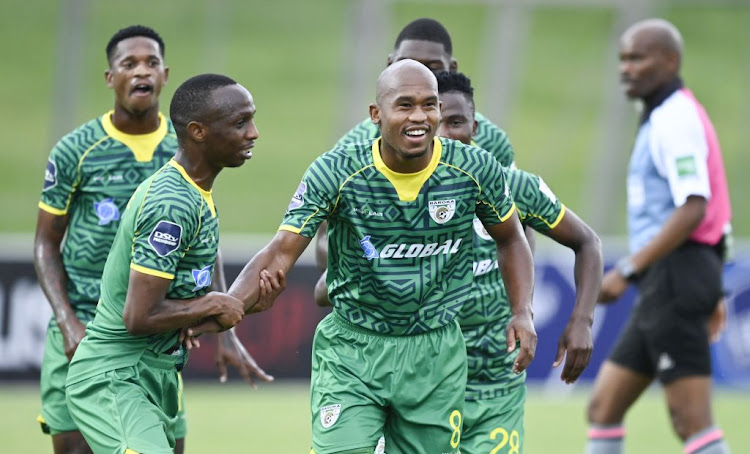 A 10-man Royal AM held their nerve to earn a share of the spoils in a hard-fought 1-1 draw with Baroka FC in a league match played at the Chatsworth Stadium on Sunday afternoon.

Royal have been riding the crest of the wave in their maiden season in the domestic topflight and will have arrived at the Durban venue with a confident swagger, given that they started the day at fourth place while Limpopo visitors Baroka were 13th.

But Baroka made it clear very early in the game that they were not in Durban to soak in the summer weather and quickly got down to business in the 12th minute when Bayzel Goldstone put the visitors in the lead.

It was a well-worked team effort that originated from goalkeeper Oscarine Masuluke, who whipped a long ball from the back that was quickly worked by the Baroka players in short passes and eventually rolled onto Goldstone's path, who beat home goalie Patrick Nyame with a low shot.

The home side regrouped and did not have to wait for very long for the equaliser as Levy Mashiane brought them level in the 28th minute. The goal should have been credited to the evergreen Victor Letsoalo as he beat goalkeeper Masuluke with a low shot, but Mashiane slid from nowhere to slightly tap the already goal-bound ball as it rolled into the back of the net.

Royal had opportunities to go into the lead but somehow contrived to spurn them when it seemed they were destined to take control of the match.

Their plans were undone three minutes before the halftime break when Kamogelo Mashikinya committed a reckless challenge on Kgodiso Monama, earning an immediate red card from the man in the middle.

The sending off was deserved as Mashikinya raised his foot as the two players challenged for the ball and his outstretched boot landed on Monama's face in a horror incident that could have sent the Baroka player straight to hospital.

Mashikinya was promptly sent off and Royal coach John Maduka had to rethink his strategy.

Royal started the second period with 10 men, but the KwaZulu-Natal side managed to keep the visitors at bay to finish the match still tied at 1-1.

The gutsy display was testament to the growing confidence that the premiership newcomers have produced after playing the entire second half at a numerical disadvantage, but still managing to give their opponents plenty to think about.

The wry smile on Maduka's face was understandable as besides leading his side to an eighth match without defeat, his charges are among the early front runners in their maiden season in the topflight.