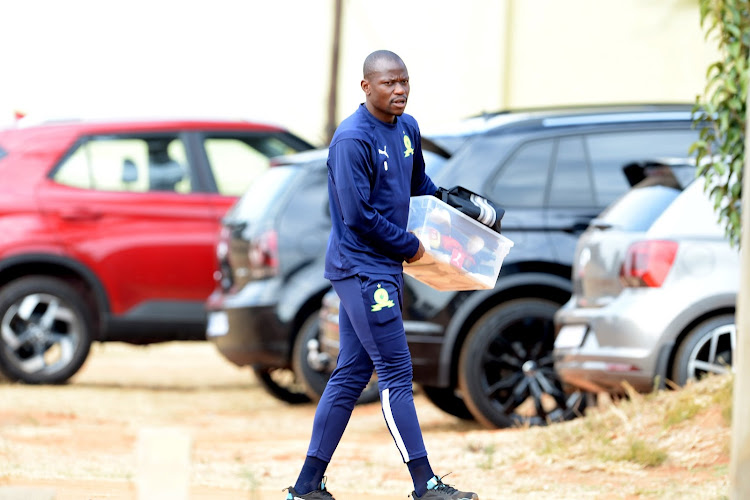 Mamelodi Sundowns have released an emotional video of former captain Hlompho Kekana bidding farewell to his teammates after it was announced that he is leaving the club having spent more than a decade at Chloorkop.

In the video Kekana congratulates his teammates for finally winning the MTN8 recently by beating Cape Town City on penalties at the Moses Mabhida Stadium.

Kekana, who was not part of the victorious team, thanked the players for winning the trophy as it eluded him as captain of the club for more than a decade.

Hlompho Kekana - Our Captain, Our Leader, Our Legend 👆 Mamelodi Sundowns and Hlompho Kekana have reached an amicable agreement to part ways. KK, as he is affectionately known, had a contract that was going to conclude at the end of the current (2020/21) season. As with other Sundowns legends, there is always the opportunity for Kekana to return to Mamelodi Sundowns in a different capacity when he decides to retire from active football. Thank You for all the years of service, for all the trophies and the happy memories! 💛 Follow our social media pages to keep up with all the latest from The Brazilians: https://linktr.ee/sundownsfc #Sundowns #ThankYouHlompho #ForeverYellow

During his highly successful stay at Sundowns, Kekana helped the Brazilians win six league titles, the 2016 Caf Champions League and the 2017 Caf Super League, among many other trophies.

Kekana, who represented Bafana Bafana during the Africa Cup of Nations in Egypt in 2019, is one of the most decorated players in the Premier Soccer League (PSL) along with Brazilians goalkeeper Denis Onyango.

Mamelodi Sundowns captain Hlompho Kekana’s playing career with the club is officially over, with the much-decorated ex-captain having bid farewell to ...
Sport
2 months ago

There has been confusion on who is the Mamelodi Sundowns captain after Hlompho Kekana officially parted ways with the club last month.
Sport
4 months ago

Were Hlompho Kekana a weapon, he'd be a rocket launcher

Players who spend a decade at one club and deliver truckloads of trophies are not a dime a dozen, writes Bareng Batho-Kortjaas.
Sport
4 months ago