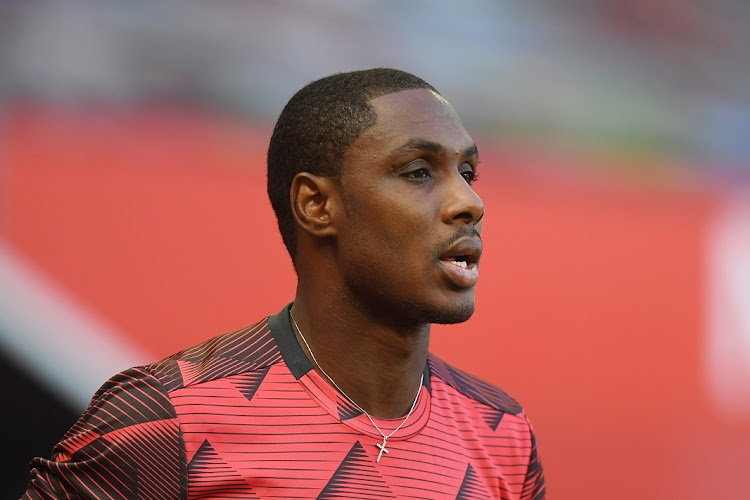 Nigeria striker Odion Ighalo is out of the Africa Cup of Nations.
Image: Michael Regan/Getty Images

Nigeria striker Odion Ighalo will not play for his country at the Africa Cup of Nations in Cameroon after his Saudi Arabian club refused to let him go, officials confirmed on Thursday.

Riyadh-based Al Shabab said his call-up from the Nigerian Football Federation had arrived after the deadline and they were therefore refusing to let him go, the Al Arabiya television channel reported.

“Forward Odion Ighalo is no longer expected as a result of issues with his Saudi Arabian club,” the Nigerian Football Federation added in a statement.

Nigeria also failed to send a call-up letter in time to Watford for striker Emmanuel Dennis, who is also not going to the tournament because his club refused to release him.

Countries must inform clubs of call-ups 15 days before the start of a tournament, according to Fifa regulations.

The 32-year-old Ighalo, who is a former Watford and Manchester United player, was the top scorer at the last Cup of Nations finals in Egypt where Nigeria reached the semifinals. He tops the goalscoring charts in the Saudi Arabian league this season.

If the situation changes, Ighalo can compete after being included in the 28-man squad and handed the number nine jersey.

Nigeria’s squad arrived in Garoua on Thursday, where they held their first training session the same day. They play there against Egypt in their opening Group D match on Tuesday.

Covid-19 infections have caused more disruption to African Cup of Nations preparations, with Senegal delaying their departure for the tournament in ...
Sport
1 week ago

Gabon captain Pierre-Emerick Aubameyang tested positive for Covid-19 on arrival in Cameroon on Thursday, threatening his participation at the Africa ...
Sport
1 week ago

Largely empty stadiums could become a feature of this month's Africa Cup of Nations (Afcon), which kicks off on Sunday, due mainly to Cameroon's ...
Sport
1 week ago

Droves of armoured vehicles are patrolling the streets of Limbe in Cameroon's conflict-torn South West Region ahead of the Africa Cup of Nations ...
Sport
2 weeks ago