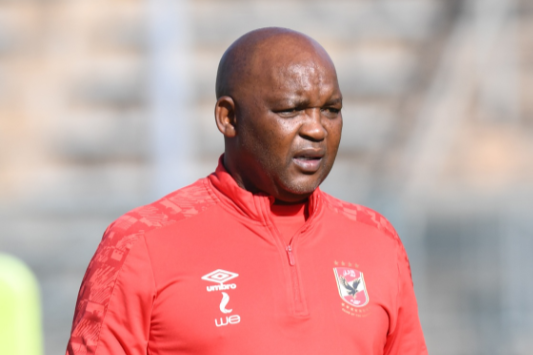 Al Ahly head coach Pitso Mosimane says he has “given up” on Europe after not making the Best Fifa Men’s Coach award shortlist for 2021.

Mosimane was snubbed at the prestigious awards, despite his numerous achievements.

The three men's coaches who made the list are Chelsea's Thomas Tuchel, the Italian national team's Roberto Mancini and Manchester City's Pep Guardiola.

According to the organisation, the awards are given to the outstanding coach in football as voted for by an international jury made up of an array of players (one per team), coaches (one per team), journalists and fans.

Mosimane said he did not make the cut because he was from the “wrong continent”.

“Unfortunately, we are from the wrong continent. [I] have given up on Europe,” he said.

“If Sadio Mane, Mohammed Salah, and so on can win the Uefa Champions League, Premier League and Fifa Club World Cup and still not win any world or European awards, who are we? Samuel Etoo and Raheem Sterling objected and voiced out, but who cares?”

Unfortunately we from the wrong continent.Have given up on Europe.If Sadio Mane, Mohammed Salah etc can win the UEFA Champs League,EPL &FIFA Club World Cup and still not win any World or European Awards,who are we?Samuel Etoo & Rahid Sterling objected & voiced out,but who cares? https://t.co/ySScJoXeDN

Mosimane's exclusion from the nomination list had many talking, including the New York Times, which questioned the logic behind it.

Speaking to the New York Times about the snub, Mosimane said Africa was not the only continent that was overlooked.

“It is as though it does not mean as much when you win in the competitions that do not generate the most money, that do not have the biggest audiences,” he said.

Mosimane said he would continue “changing the game”.

Thank you so much @RorySmith and @nytimes for the amazing conversation. This article has some important discussion points, thank you for looking in our direction. Looking forward to connecting with you again. Let’s keep #ChangingTheGame 💪🏾 https://t.co/yQpCgTIH35

Many also weighed in on the snub on social media, saying Mosimane's deserved some respect.

Others slammed Fifa for its “continuous treatment of African competitions as small tournaments”.

Here is a snapshot of what some had to say: