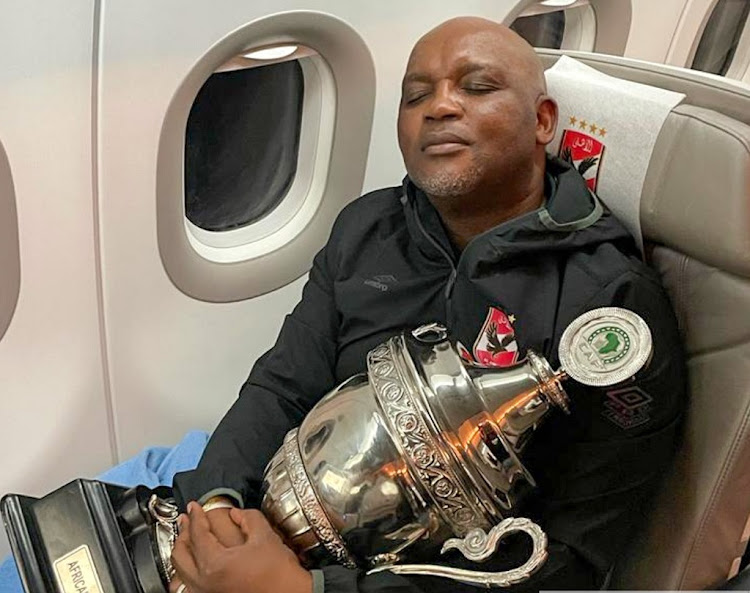 Sundowns and AmaZulu are the two SA clubs who both reached the group phase of the 2021-22 Champions League, and who will find out who their opponents are in the draw at Caf's headquarters in Cairo. Orlando Pirates are SA's remaining team in the Confed Cup after Marumo Gallants were eliminated in the second round.

He also became the second-highest winner as coach in the Caf Super Cup — also by three to four with Jose — when Ahly defended that trophy by beating Raja Casablanca on penalties in Qatar last week.

Mosimane is only the second Ahly coach after Jose to defend the Champions League and Super Cup at the Cairo club.

Sundowns, the 2016 winners of the Champions League, are in the group of second-seeded teams in Pot 2 with Egypt’s Zamalek, Guinea’s Horoya and Étoile du Sahel of Tunisia.

First-time qualifiers for the competition AmaZulu are in Pot 4 with Sudan’s Al Merrikh, Sagrada Esperança of Angola and Botswana’s Jwaneng Galaxy.

Pirates are in Pot 2 for the Confed Cup.

The draw starts at 1pm SA time and can be watched live on Caf TV on YouTube here.

The International Federation of Football History and Statistics has named Al Ahly head coach Pitso Mosimane the best club coach in Africa for 2021.
Sport
6 months ago

Percy Tau's sparkling form in Egypt continued as he scored a brace in Al Ahly's 4-1 Premier League win against Smouha at Cairo's Al Salam Stadium on ...
Sport
7 months ago

Cavin Johnson has kept his reasons for leaving Al Ahly close to his chest, but has "nothing but praise" for the Cairo giants' revered president ...
Sport
7 months ago