Pirates miss chance to close widening gap between them and Sundowns 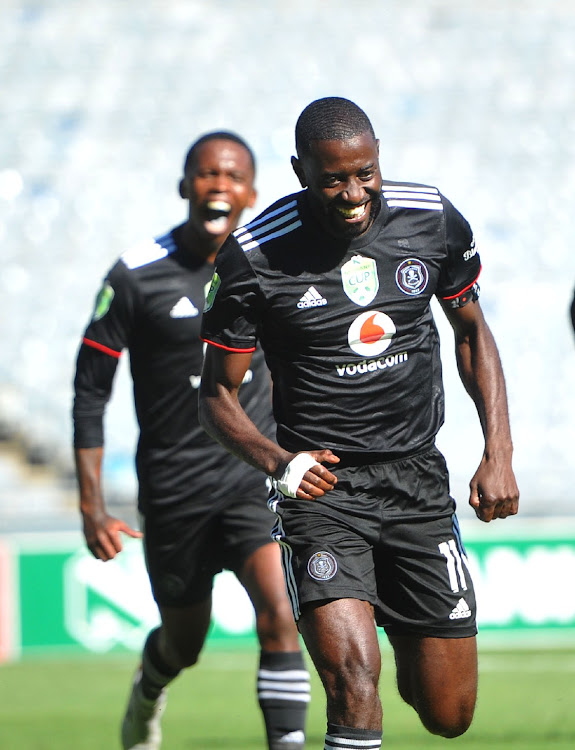 Orlando Pirates missed a chance to close the widening gap between them and DStv Premiership runaway leaders Mamelodi Sundowns when they played to 0-0 draw against Lamontville Golden Arrows at the Orlando Stadium on Wednesday.

Pirates’ draw, a sixth in eight league matches against the Durban side, leaves Bucs 17 points behind the defending champions.

With 10 matches remaining for the Bucs they might as well forget about the league title and try to keep their second spot to qualify for the next season’s Caf Champions League.

After a lacklustre first half in which both sides created a few chances, Bucs upped the tempo a bit in the second stanza and could have stolen the victory if they were not denied by the brilliant goalkeeping of Arrows’ Nkosingiphile Gumede.

Substitutes Kabelo Dlamini and Zakhele Lepasa were unlucky to see their good attempts parried by Gumede.

The stalemate means Bucs can only add 30 points to their current 31 in their remaining 10 matches but even that looks easier said than done given the Soweto giants inconsistent form this season.

The was very little to enthuse about in the opening half of this match, though the visitors would have felt unlucky to see Nduduzo Sibiya’s 40th minute free kick grazing the upright with Bucs keeper Siyabonga Mpontshane hardly in a position to stop it.

Pirates had one clear cut chance on goal just after Sibiya’s miss. Former Arrows midfielder Ntsako Makhubela provided a good cross on the right for Deon Hotto to test Gumede, but the Namibian winger chose to balloon his shot way over the bar.

There was still no place for Malawi’s hot striker Gabadinho Mhango in the Bucs line-up as the club’s co-coaches Mandla Ncikazi and Fadlu Davids decided to retain the team that did business at the weekend in a Caf Confederation Cup match against Algerian side JS Saoura that they won 2-0 in Orlando.

Pirates will quickly change their focus to Al-Ittihad of Libya, who they’ll meet on Sunday at the Martyrs of February Stadium in Libya in what will be Bucs’ second Group B match in the Confederation Cup.

As much as they’ll be happy with the points, Arrows will be worried about hosting Cape Town City on Sunday without the services of their skipper Nkosinathi Sibisi and attacking midfielder Pule Mmodi, who both earned fourth yellow cards against the Bucs.

There will be at least one amateur team in the quarterfinals of the Nedbank Cup after the last 16 draw pitted ABC Motsepe League teams Summerfield ...
Sport
5 months ago