‘Safa presidential elections were a bit of a mess’ — Lucas Radebe 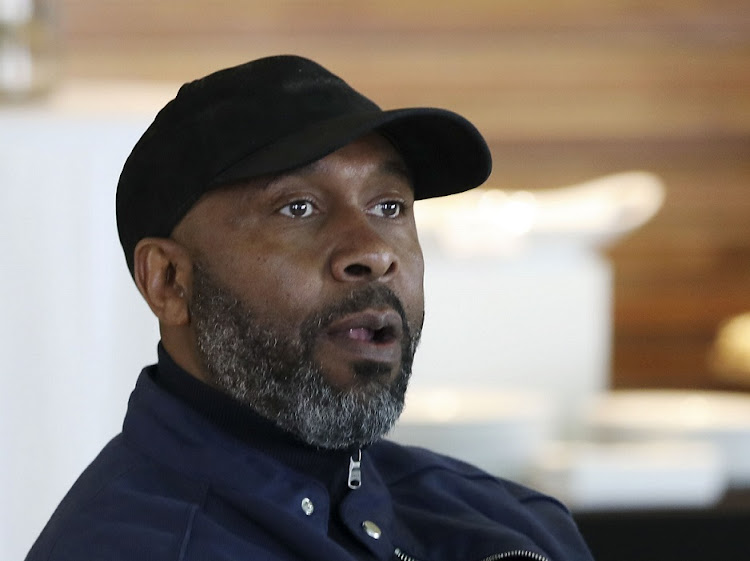 Lucas Radebe during the Marumo Gallants announcement at The Venue in Sandton on the June 29 2022.
Image: Muzi Ntombela/BackpagePix

Danny Jordaan maintained his grip on the national association as he was re-elected for his third term amid chaos at then Sandton Convention Centre on Saturday.

Hugely respected ex-Bafana and Leeds United captain Radebe has expressed interest in running Safa. The former Kaizer Chiefs centreback attempted to out his hat in the ring for the presidency in the 2018 Safa elections, but was ruled ineligible because he was not part of a Safa structure.

Radebe was speaking at a function where Premier Soccer League club Marumo Gallants unveiled their new players and coach in Sandton on Wednesday. He was attending as a guest of Gallants chairperson Abram Sello.

Former Bafana coach Ephraim “Shakes” Mashaba, at the convention centre in support of Ledwaba, stormed into the congress demanding to be heard and was frogmarched out of the hall by security officials.

There is a “90 percent probability” Ria Ledwaba will challenge the SA Football Association (Safa) elections in court, a source from her camp said.
Sport
1 month ago

“I think the Safa elections were a bit of a mess,” Radebe said. “I mean everybody expected a change which did not happen.

“But football is football, people are fighting to get in there for positions which, for me, I don’t think is something that’s conducive [to improving football].

“I don’t think people should be fighting for positions. Football should be the one that wins at the end of the day.

“It was a bit disappointing to see what happened, but we still have to live to fight another day.”

Safa’s statues that have blocked even high-profile ex-players such as Radebe from contesting top positions have been criticised as backwards by those calling for change in the leadership of SA football.

Many pundits believe Safa needs to follow the route of Zambia and Cameroon who appointed legends Kalusha Bwalya and Samuel Eto’o as presidents of their respective federations, who brought about forward-thinking and much needed change in those countries’ football.

Ria Ledwaba said she will not rest until Danny Jordaan is out of football after losing the election battle for the presidency of the SA Football ...
Sport
1 month ago