‘We lost everything and the people we love’: residents of Joburg CBD building reeling after fatal fire 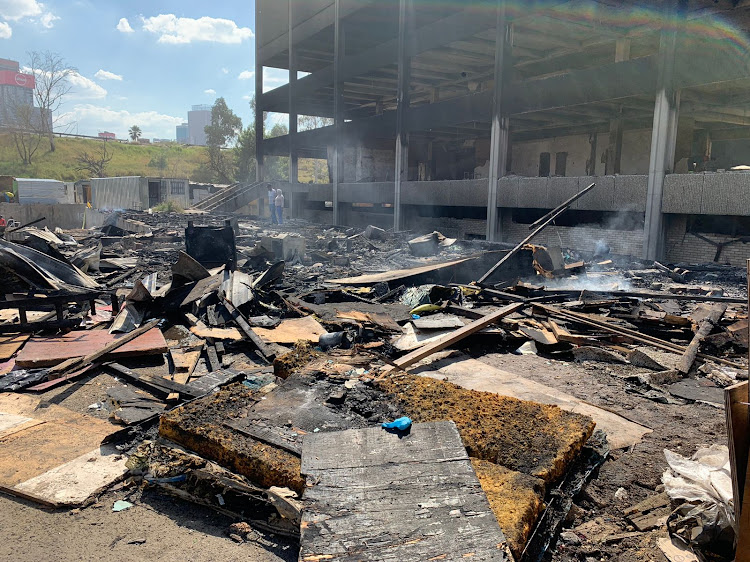 DEVASTATION All that remains are ashes, burnt bed springs and appliances, corrugated iron sheets and memories of what many once used to call home.
Image: Iavan Pijoos

Scenes of heartbreak and despair played out amid the smoke of an abandoned burning building in the Johannesburg CBD on Wednesday.

All that remains are ashes, burnt bed springs and appliances, corrugated iron sheets and memories of what many once used to call home. The building, of which three of its floors were filled with hundreds of shacks, caught fire in the early hours Wednesday morning.

When Sunday Times Daily visited, scores of people sat hopeless, surrounded by the ashes, while others attempted to salvage what was left of their belongings.

Between the chaos and scramble, small children, some of whom were semi-clothed, watched as SA police officers combed the scene.

According to Johannesburg emergency services spokesperson Nana Radebe, teams were alerted to the blaze at around 4am. The fire had started at ground level and ripped through the building. Nine people, including an infant, died while hundreds were left homeless.

About 20 people were rushed to hospital after suffering burn wounds, while others broke their legs jumping from the building, Radebe said. 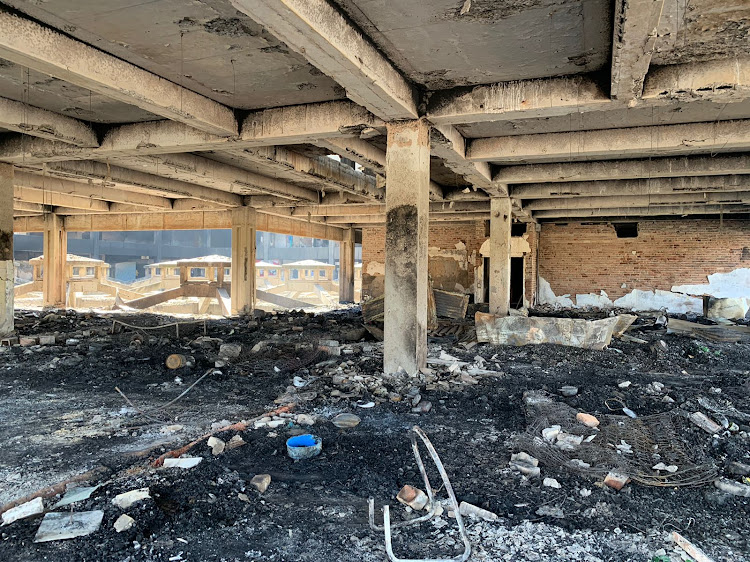 BLACKOUT The building, of which three floors were filled with hundreds of shacks, caught fire in the early hours Wednesday morning.
Image: Iavan Pijoos

Nokulunga Msibi said she was asleep when the fire broke out. Msibi lived on the second floor.

“We heard voices and people were screaming: ‘Fire, fire, fire!’ It was around 3am and when I opened the door, the fire was already close to my shack. We took our clothes and ran down the stairs at the back of the building.

Not only did Msibi lose her personal belongings, but she also lost her close friend, Mbali.

“She burnt to death. I saw her place burn to the ground. The people said they heard her screaming, but unfortunately there was nothing they could do because the fire was already at her door.

“She died crying. We were with her yesterday, but when death comes, there is nothing you can do.”

Msibi said Mbali, who she described as a good friend, was four months pregnant.

“I feel terrible because I lost someone I knew. Whenever I close my eyes I see her face.”

Mpilo Mchune, who lives in the shacks next to the building, said he was woken up by the screams of a woman.

“When I tried to help the lady, I ran out of water and the fire started spreading.”

Mchune said he had to watch the woman and her partner perish in the blaze.

“I am sick because I inhaled smoke and tried to help others. I was scared and I have pain because people died in front of me.” 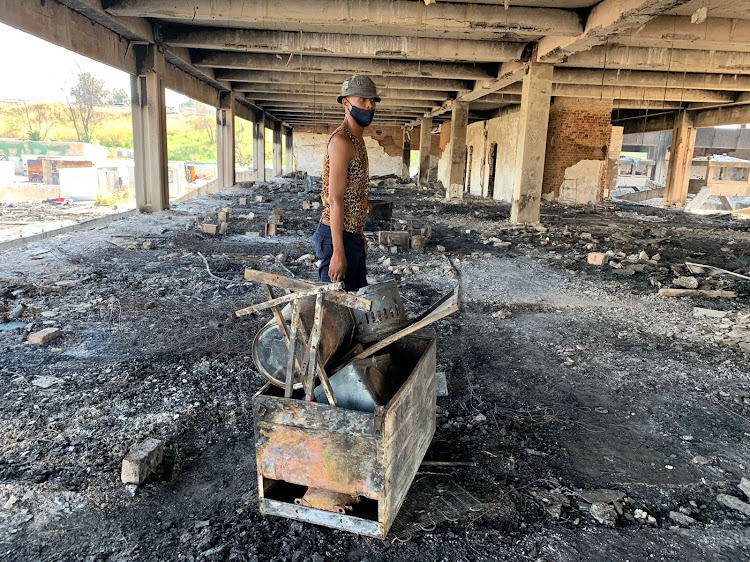 NOTHING LEFT Phelelani Zulu, who works as a security guard in Germiston, said he lost everything in the blaze.
Image: Iavan Pijoos

Phelelani Zulu, who had been living in the building for the past two years, said he was at work when residents called him about the fire.

Zulu works as a security guard in Germiston on the East Rand.

“I was working night shift when they phoned me at 3.30am to tell me that my house is burning. I told them to fetch my clothes and they told me that the fire is out of control.”

On Wednesday afternoon, Zulu was gathering some of his burnt appliances and other scrap metal.

“I lost everything. My ID, money and everything is lost. I am upset, because now I must start from the bottom again.”

MMC for housing Mlungisi Mabaso, who also visited the scene, said the building was owned by the city and there were plans to redevelop it.

Mabaso said leadership visited the building in November and informed residents that they were going to be relocated and the building would be demolished for redevelopment.

“I can confirm that when the city acquired the building, the building was already fully occupied and there were already shacks inside the building.

“The process to demolish and redevelop the building is still ongoing. What we are going to do today [Wednesday] as an intervention, is put everyone in a sporting facility not far from the building so that we are able to relocate and take everyone out, so that we leave the building unoccupied.

“We are going to put security in the area to ensure that no-one erects any illegal structures while we are in the process of demolition.”